10 killed in US Walmart shooting 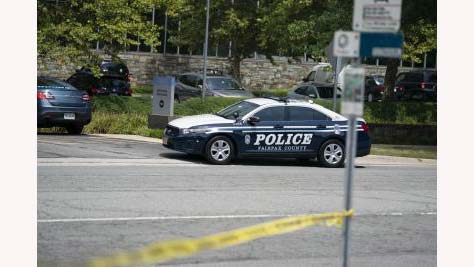 At least 10 people were killed when a gunman opened fire at a Walmart in Chesapeake located in the US state of Virginia, police said on Wednesday.

According to Chesapeake police, a call reporting the shooting came in at 10.12 p.m. on Tuesday, reports Xinhua news agency.

A police spokesman said that the suspect, believed to be the store manager, opened fire then shot himself dead, reports the BBC.

The shooting was believed to have happened inside the store, and that the suspect acted alone, the spokesman added.

The motive behind the attack is yet to be ascertained. More details are awaited.

Reacting to the incident, Walmart said it was “shocked at this tragic event”, adding that it was “working closely with law enforcement”.

Taking to Twitter, Virginia state Senator L. Louise Lucas said she was “absolutely heartbroken” and that “I will not rest until we find the solutions to end this gun violence epidemic in our country”, the BBC reported.

The Tuesday night attack comes just days after a gunman opened fire at a LGBT nightclub in the US state of Colorado, killing five people and injuring 17 others.

Collegium System is the law of land: SC