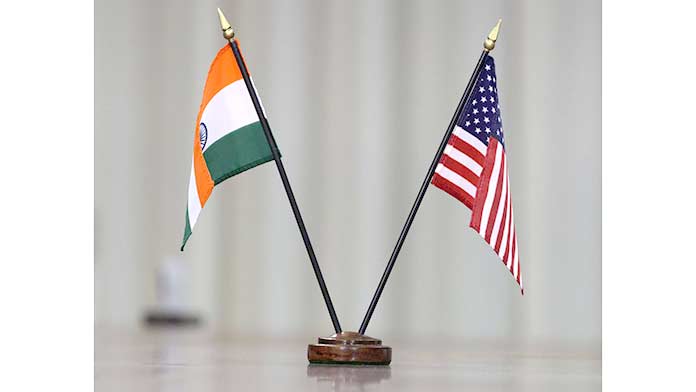 In the history of India-US ties, 2022 has been a huge year and the next year will be even bigger, a top White House official has said, asserting that the Biden administration sees this alliance as among the most consequential relationships for America anywhere in the world. Principal Deputy National Security Advisor Jon Finer also applauded Prime Minister Narendra Modi for being instrumental in forging a consensus during the recently concluded G-20 Summit in Indonesia’s Bali province.
“Looking around the world when the United States and (its) President (Joe) Biden look for partners that can truly help carry the load, truly helped move forward a global agenda, India and Prime Minister Modi are very high on that list,” Finer told a gathering of several hundred Indian-Americans here on Sunday.
“We just saw this in real-time at the G-20 where the prime minister was instrumental in forging a consensus around a joint statement among a far-flung group of countries and in the comments and work that the prime minister has done and others in the Indian government have done to highlight the increasing risk related to nuclear issues,” he said.
This relationship is being steered by Prime Minister Modi and President Biden who have met more than 15 times, the latest one being in Bali last week, said India’s Ambassador to the US Taranjit Singh Sandhu, addressing the gathering at a lunch reception hosted by him to celebrate the ‘Festival Season’.
The unique event organised by the Embassy of India showcased the syncretic nature of Indian culture. The event saw festivals of different faiths – from Diwali to Hanukkah, Eid to Bodhi day, and from Gurpurab to Christmas celebrated with aplomb. Attended by top officials of the Biden administration, including Senior Advisor to the President Neera Tanden and Surgeon General Dr Vivek Murthy, the event demonstrated amply India’s unique stature as the embodiment of ‘Unity in Diversity’ – a land where various faiths have not only coexisted but flourished.
“This event really demonstrates so much about what President Biden is talking about when he talks about an inclusive country, a country that celebrates our diversity and our strength in diversity,” Tanden said.
“I’m grateful for this partnership between the United States and India. I think it has been important in the past, but it will be even more important going forward,” Murthy said.
Reflecting on his views on the India-US relationship, Finer reiterated the administration’s commitment to it and said 2022 and 2023 are two critical years for this.
“The year 2022 was huge in US-India relations. We think we have an even bigger year ahead in 2023. We have the Quad summit on the agenda coming up. We have India’s G20 presidency, which I know we’re all looking forward to, including Prime Minister Modi,” Finer said in his address.
He referred to the 2+2 Quad ministerial meetings taking place this spring, the relaunch of Indi US CEO dialogue and launch of critical and emerging technology dialogue early in 2023.
“That’s just the tip of the iceberg,” Finer said, adding that both 2022 and 2023 are emblematic of how this relationship has proceeded for decades now.
The entire Biden administration and certainly the president sees this as among the most consequential relationships for the US anywhere in the world, but also almost uniquely one of the relationships that still retains some of the greatest potential to continue to evolve and strengthen and improve, Finer said.
“We are deeply committed to doing just that. It’s easy to see why that is the case. At a time that can be extremely difficult to forge a bipartisan consensus in Washington on almost anything, there is a strong bipartisan consensus in support of the US-India relationship and has been for decades and a high degree of continuity from one administration to the next,” he said.
“There is obviously an increasing alignment of our interests, both geopolitically and as two world-leading democracies. And then, of course, the deep ties and incredible dynamism of our diaspora community, our cultural ties or commercial ties.
“And then finally, and I don’t want this to be lost, there are the ties of our leadership, which we consider to be hugely important,” he said.
Among those who attended the event included an array of important dignitaries, with friends of India from the administration, the US Congress, from different states, the think-tank community, private sector organisations, and the Indian diaspora.
Notable attendees included Special Presidential Coordinator Amos Hochstein and Lieutenant Governor-Elect of Maryland Aruna Miller.

18 students in Assam rusticated for ragging

Cab appeals ENPO to participate in Hornbill Fest; says Statehood demand can be discussed in NLA