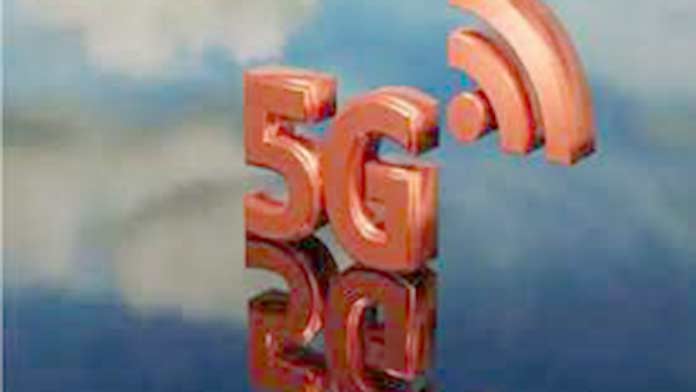 The Telecom Service Providers (TSPs) have started providing 5G services in the country and a total of
20,980 base stations services have been installed in 14 states and union territories till November 26 this year, Minister of State for Communication Devusingh Chauhan has told the Parliament. In a written reply to question by BJP Rajya Sabha member Sushil Kumar Modi on 5G towers, the minister said the TSPs are installing approximately 2,500 base stations per week on average.
The highest number of 5G base stations have been installed in Delhi at 5,829 (938 Airtel, 4,891 Reliance Jio), followed by Maharashtra where a total of 4,051 base stations have been set up. “Telecom Service Providers (TSPs) have started providing 5G services in the country from October 1, 2022, onwards. As on November 26, 2022, 20,980 base stations have been installed in 14 states/UTs,” he said in the reply on December 16. The minister said TSPs have reported that they are presently providing 5G services to their subscribers, having 5G enabled devices, at no extra cost. Presently, separate count of 5G users is not being maintained by TSPs.
He said that according to the Notice Inviting Application for auction of spectrum and the license conditions issued on June 15 this year, the rollout obligations are required to be met over a period of five years, in a phased manner, from the date of allocation of the spectrum. “Further expansion of mobile networks beyond the mandatory rollout obligations, depends on the techno-commercial consideration of the Telecom Service Providers (TSPs),” the Minister said.
Asked if the government is considering any policy measures to speed up 5G capacity installation in the country, Chauhan said that the government has taken a number of policy initiatives to speed up the 5G capacity installation.
The steps include the availability of additional spectrum for mobile services and permission for spectrum sharing, trading, leasing and surrender as per the extant NIA terms and conditions and guidelines among others.
“Procedure for SACFA siting clearance for Low Power BTS/ small cells i.e Micro, Pico and Femto cells on existing street furniture/infrastructure has been simplified. Procedure for application and time-bound permission for usage of street furniture for installation of small cells and telegraph line has been specified in Indian Telegraph Right of Way (Amendment) Rules, 2022,” he said.
“GatiShakti Sanchar portal has been launched to facilitate and expedite Right of Way permissions, by providing a single interface between all stake holders including Central and State/UT Government(s), Local bodies, and Service Providers,” he added.