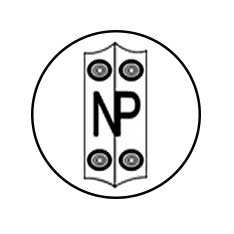 Three urban local bodies (ULBs)– Association of Kohima Municipal Wards Panchayat (AKMWP), Dimapur Urban Council Chairmen Federation (DUCCF) and All Ward Union Mokokchung Town (AWUMT)– have once again reminded the State government of their demand to amend the Nagaland Municipal Act 2001, saying the Act infringed upon Article 371(A) of the Constitution of India that gave special rights to the people of Nagaland.
In a representation to principal secretary Municipal Affairs & Urban Development Department on September 19, AKMWP president Thejao Sekhose, DUCCF president Tsenthungo Nyamo and AWUMT president Limanungsang demanded review/amendment of the Act in order to fulfil the aspirations of Naga people and thereafter conduct the municipal election.
They asserted that till the Nagaland Municipal Act, 2001 was reviewed/amended, they would not compromise and would not allow or participate in the elections to the municipal bodies in the State. They said people of Nagaland would never accept development at the cost of their rights.
The ULBs contended that introduction of women’s political culture that was never there in traditional Naga society had widened collective concerns over Article 371-A, culminating in unrestrained violence during the protest. They asserted that for the Nagas, Article 371-A was related to both territory and the people themselves, land and all resources. Hence, all resources included people and women and, accordingly, a law to decide on the political rights of Naga women rested with the people only.
According to them, Article 371-A was a right granted to Naga people that protected Naga tribes from colonial as well as Indian system of taxation. In other words, if the Naga people paid tax to the government, then it implied that the land belonged to the government, whereas, for the Nagas the land belonged to the people.
They said if 15% tax was levied on the demarcated municipal areas, there would be many people who would be deprived and lose their land and building as they would not be able to pay taxes.