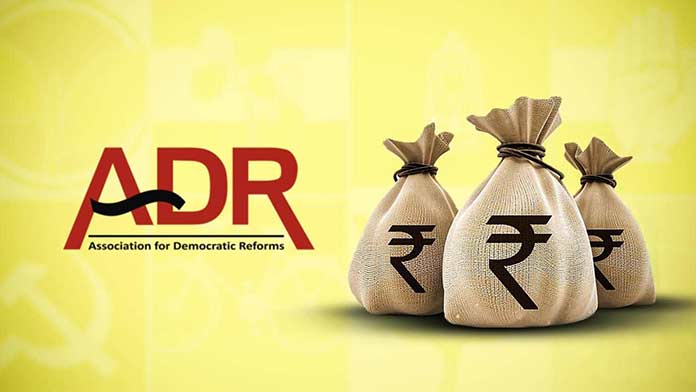 Seventy-five per cent of the sitting MLAs of Nagaland are crorepatis, while 3 per cent have declared criminal cases against themselves, revealed an Association for Democratic Reforms (ADR) report on Tuesday. The report said that out of 60 sitting MLAs analysed, 45 (75 per cent) are crorepatis.
Party-wise, 32 out of the 42 MLAs are from the Nationalist Democratic Progressive Party (NDPP), 9 out of 12 from BJP, 3 out of 4 from Naga People’s Front (NPF) and 1 out of 2 Independent MLAs have declared assets valued more than Rs 1 crore.
ADR and the Nagaland Election Watch have analysed criminal, financial and other background details of the 60 sitting MLAs based on the affidavits submitted by the candidates prior to the 2018 Assembly elections and bypolls conducted thereafter.
The report said that the average of assets per sitting MLA is Rs. 5.14 crore.
It said that the average assets per MLA for 42 NDPP MLAs analysed is Rs. 5.73 crore, 12 BJP MLAs Rs. 3.68 crore, 4 NPF MLAs Rs. 5.34 crores and two Independent MLAs have average assets of Rs. 1.13 crore.
While two MLAs (3 per cent) have declared criminal cases against themselves, two (3 per cent) others have declared serious criminal cases. On education details, the ADR said that 19 (32 per cent) MLAs have declared their qualification to be between class 8 and class 12 pass, while 40 (67 per cent) have declared having an educational qualification of graduate or above and one declared himself as illiterate.
On age details, the report said that 10 (17 per cent) MLAs have declared to be between 31 and 40 years, while 32 (53 per cent)are between 41 to 60 years.
There are 17 (28 per cent) MLAs who have declared their age to be between 61 to 80 and one is aged above 80. The report said that out of the 60 MLAs analysed, none are women.