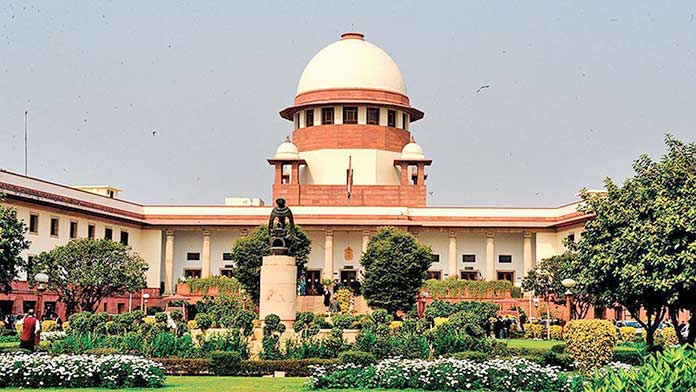 The Supreme Court on Friday expressed concern over growing incidents of hate speeches in the country and directed the governments and police authorities to take suo motu action in such cases without waiting for lodging of formal complaints.
“Such action is needed to be taken to preserve the secular character of the country,” the top court said.
The apex court warned any delay on the part of the administration in taking action on this “very serious issue” will invite the court’s contempt.
“The Constitution of India envisages a secular nation and fraternity among citizens assuring the dignity of the individual…The unity and integrity of the nation is one of the guiding principles enshrined in the preamble.
“There cannot be fraternity unless the members of the community from different religions are able to live in harmony. The petitioner points out despite various penal provisions, no action has been taken and there is a need to serve constitutional principles. We feel this court is charged with a duty to protect the fundamental rights and also protect and serve the constitution where the rule of law is maintained,” the top court said.
The apex court was hearing a plea by journalist Shaheen Abdullah who had sought direction to the Centre and states to initiate independent, credible and impartial probe into the incidents of hate crimes and hate speeches across the country.
SC also sought action-taken report from Delhi Police in alleged hate speeches made by BJP MP Parvesh Verma and others in Delhi on October 9 against a particular community.
A bench of Justices KM Joseph and Hrishikesh Roy also issued notices to Delhi, Uttar Pradesh and Uttarakhand on the petition filed by Abdullah.
The court said action must be taken against those making hate speeches irrespective of their religion to preserve the secular fabric of the nation.