Activision to release ‘next full premium’ Call of Duty in 2023: Report 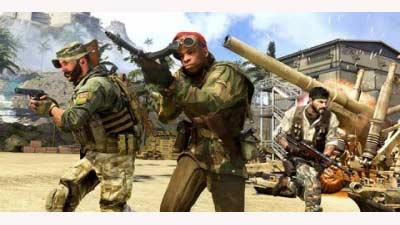 Gaming company Activision Blizzard has revealed in its annual third-quarter earnings release that 2023 Call of Duty will include “the next full premium release in the blockbuster annual series.”

Earlier this year, Bloomberg said in its report that Activision Blizzard was going to delay the 2023 title due to the poor reception of Call of Duty: Vanguard in 2021, which failed to meet the company’s expectations, also the company was considering a change in the annual releases.

According to The Verge, Activision Blizzard appeared to refute the report at the time, though it did not entirely confirm that a 2023 game would take place.

“We have an exciting slate of premium and free-to-play Call of Duty experiences for this year, next year and beyond,” Activision spokesperson Neil Wood was quoted as saying.

“Reports of anything otherwise are incorrect. We look forward to sharing more details when the time is right,” he added.

Activision has expanded the franchise in recent years beyond just the annual premium releases, according to the report.

It seemed like the company could have taken a year off to concentrate on other Call of Duty games and services with things like Call of Duty: Mobile, the Warzone battle royale (which is getting a 2.0 release later this month), and the upcoming mobile Warzone release in 2023.

However, that won’t be the case in 2023, though, as Activision Blizzard is already working on a major Call of Duty game for the year, perhaps encouraged by the huge success of the recently released Modern Warfare II, said the report.