Adele adds $13.8 mn to her fortune after releasing first album in 5 yrs 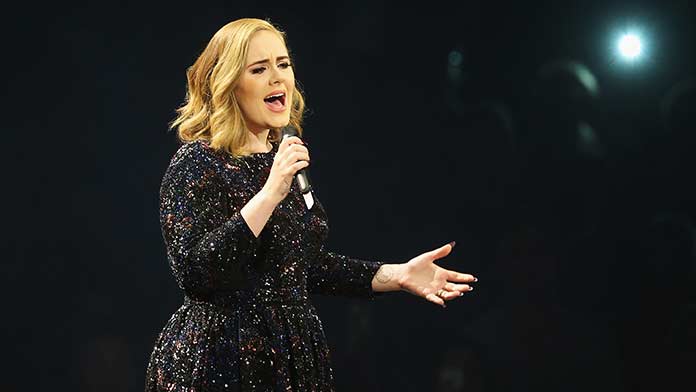 The ‘Hello’ singer Adele added $13.8 million to her fortune last year after releasing her first album in five years.
With cash pouring in from royalties, figures last week showed her company Melted Stone Ltd has reserves of $18 million for 2021, up from $4.2 million in 2020, reports ‘Mirror.co.uk’.
It takes the profits from ‘Rolling in The Deep’ star Adele’s lyrics and sheet music and it is now worth $4.2 million. Her firm A Adkins Touring Ltd, which looks after live music, made a loss of close to $100,000.
As per ‘Mirror.co.uk’, it will have made millions this year, thanks to Adele’s live shows in London’s Hyde Park and her money-spinning residency in Las Vegas, which has been a huge success.
Her latest album ‘30’ came out in November 2021, to add to her hits 19, 21 and 25. Adele has been opening up to fans while on stage in Vegas. She wept this month as she spoke about the importance of having good friends “when relationships fall apart”.
The ‘Rolling In The Deep’ hitmaker said: “I just see so many groups of friends that come in here – loving an artist or loving a song that’s how I became so close to some of my friends so watching you bring it all with your friends is just so moving to me.
“When relationships fall apart whether you’re married or not it’s really difficult and it’s really traumatic so keep your friends close to you because they’re better than any man, they’re better than any woman. Friends are for life. Thank you for the little whine”, she added.
She was on stage over the weekend and posted photos to her 51 million Instagram followers to show her different outfits and looks for the latest performances.