Adele releases first single in 5 years with Easy on Me 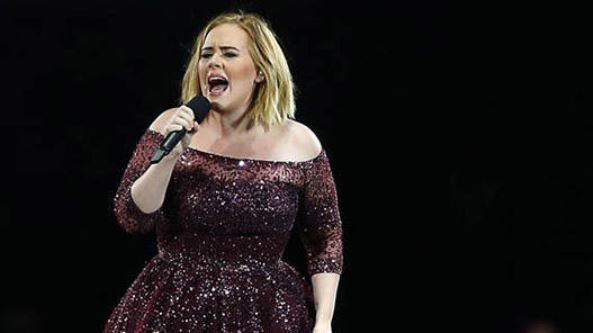 Adele has released her first single in five years. The 33-year-old singer/songwriter dropped new tune ‘Easy On Me’ on Friday (15.10.21), and the song has been widely praised by a number of stars, including her good friend, rapper Drake.

He wrote on his Instagram Stories: “One of my best friends in the world just dropped a single. @adele WOIIIIIIII (sic)”

‘Clueless’ star Alicia Silverstone shared a TikTok video in which she jokingly reached for a few bottles as she “prepared for a new Adele song”.

In the song, Adele – who filed for divorce in 2019 from husband Simon Konecki, who she shares eight-year-old son Angelo with – sings: “There ain’t no room for things to change/ When we are both so deeply stuck in our ways/ You can’t deny how hard I have tried/ I changed who I was to put you both first/ But now I give up

“Go easy on me, baby I was still a child/ Didn’t get the chance to feel the world around me/ had no time to choose what I chose to do so go easy on me”

Earlier this week, Adele announced her new album ‘30’ will be released on November 19th, and admitted she was “a maze of absolute mess and inner turmoil” when she started the record nearly three years ago. In a lengthy statement shared on social media, she said: “I was certainly nowhere near where I’d hoped to be when I first started it nearly 3 years ago. Quite the opposite actually”.

“And yet there I was knowingly – willingly, even, throwing myself into a maze of absolute mess and inner turmoil!”

“I’ve learned a lot of blistering home truths about myself along the way. I’ve shed many layers but also wrapped myself in new ones”.

“Discovered genuinely useful and wholesome mentalities to lead with, and I feel like I’ve finally found my feeling again. I’d go so far as to say that I’ve never felt more peaceful in my life”.

“And so, I’m ready to finally put this album out.”

“It was my ride or die throughout the most turbulent period of my life”.

“When I was writing it, it was my friend who came over with a bottle of wine and a takeaway to cheer me up. My wise friend who always gives the best advice. (sic)”

Adele revealed the new collection with “narrate” the efforts she’s gone to rebuild her “house and [her] heart”.

She continued: “And then that friend who no matter what, checked in on me even though I’d stopped checking in with them because I’d become so consumed by my own grief. “I’ve painstakingly rebuilt my house and my heart since then and this album narrates it”.