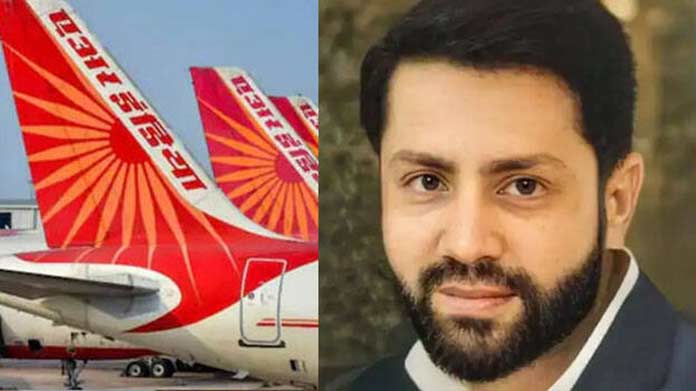 A Delhi court on Wednesday denied bail to Shankar Mishra, accused of urinating on an elderly woman co-passenger on an Air India flight, calling the act “utterly disgusting and repulsive”.
Metropolitan Magistrate Komal Garg said the act has shocked the civic consciousness of people and needed to be deprecated.
“The alleged act of accused of relieving himself upon the complainant is utterly disgusting and repulsive. The alleged act in itself is sufficient to outrage the modesty of any woman. Egregious conduct of the accused has shocked the civic consciousness and needs to be deprecated,” the judge said. The alleged act in itself prima facie reflects the intention of the accused, she said, while declining the relief to Mishra, who is lodged in jail.
The judge noted that as per the record, the accused had failed to join the investigation even after a notice was issued to him under section 41A CrPC and his presence could be secured only upon the execution of the non-bailable warrant.
“Therefore, the conduct of the accused does not inspire confidence. It has also come on record that accused has tried contacting the victim and the possibility of accused influencing the witnesses cannot be ruled out,” the judge noted.
Further, as per the report of the investigating officer, other witnesses are yet to be examined and the probe is at a very initial stage, the judge noted.
“Considering the above facts and circumstances, this Court does not deem it appropriate to release the accused on bail at this stage. Accordingly, the present application stands dismissed,” the judge said in the order. The alleged incident had occurred on November 26 last year when a drunk Mishra walked up to the woman’s seat in the business class on an Air India New York-New Delhi flight, exposed himself and urinated on her.
Earlier during the arguments, Mishra’s counsel said his act was not driven by sexual desire nor aimed at outraging the complainant’s modesty. The complainant’s counsel, however, opposed Mishra’s bail application, claiming she was being threatened.
“Nobody should have to go through something like that. It was revolting. I feel bad for the poor lady. It was appalling… However, was the unzipping aimed by sexual desire? No. Was any of this act aimed at outraging her modesty? No,” the counsel for the accused said.
“He has already suffered. He’s sacked from job. He is not a flight risk (at risk of fleeing)… No allegation that I was some kind of menace running around with a knife,” he said.
The complainant’s counsel, however, claimed she was being threatened by those close to the accused.
“I’m regularly receiving messages, threatening me. Accused’s father sent me a message and said ‘karma will hit you’ and then deleted the message. They’re sending me messages and deleting it. This needs to stop… Air India instead of separating the accused and complainant, tried to mediate the crime,” her counsel said.
The police opposed the bail application, saying it was highly probable that if released on bail, he will influence the complainant since he is from an influential and rich background.
“(His) Mother and sister tried to contact the complainant,” police told the court.
The police also informed the court it has filed a revision petition against the denial of the accused’s custody.
“Many witnesses are to be examined, including the captain and cabin crew,” it said.
A sessions court is likely to take up the matter tomorrow.
The counsel appearing the the complainant, however, alleged the accused offended her, “and has the audacity to say I was not a victim. I had sought FIR. It was based on his influence that the FIR was not registered.”
He added that the complainant is unable to stay in Bangalore. “They’re threatening me. Not only by messages but by coming to my house,” her counsel alleged.
The counsel for the accused, however, contested the claim of threat made by the complainant’s lawyer.
“Her (the victim woman’s) son-in-law, a New York-based professor, wrote me a mail saying I was to pay the full plane fare. I had paid for dry cleaning. But after the mail from son-in-law, the money (the accused had paid by way of compensation) was returned,” Mishra’s counsel said.
A magisterial court had sent Mishra to 14-day judicial remand on Saturday, denying police his custody.