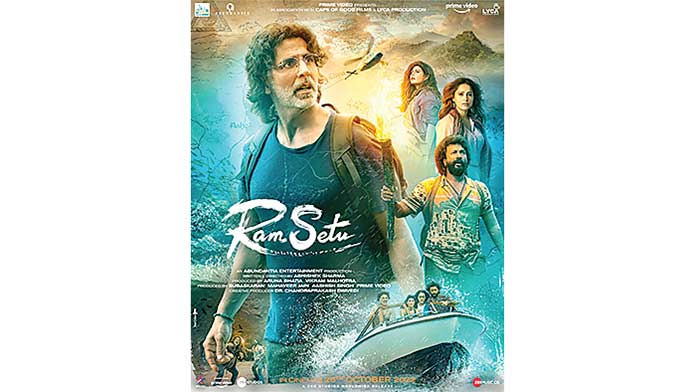 Bollywood actor Akshay Kumar’s latest release ‘Ram Setu’ has raked in Rs 15 crore on its opening day.
According to a statement issued by the makers on Wednesday, the film opened with Rs 15.25 Crore on its first day.
The Abhishek Sharma directorial also stars Satyadev, Jacqueline Fernandez and Nushrratt Bharuccha. The story of ‘Ram Setu’ revolves around an atheist archaeologist turned believer, Dr. Aryan Kulshrestha (Akshay Kumar), who must race against time to prove the true existence of the legendary Ram Setu before evil forces destroy the pillar of India’s heritage. ‘Ram Setu’ is presented by Prime Video in association with Cape of Good Films and Lyca Productions and is an Abundantia Entertainment Production.
The film is produced by Aruna Bhatia (Cape of Good Films), Vikram Malhotra (Abundantia Entertainment), Subaskaran, Mahaveer Jain, and Aashish Singh (Lyca Productions) and Prime Video with Dr. Chandraprakash Dwivedi as the Creative Producer.