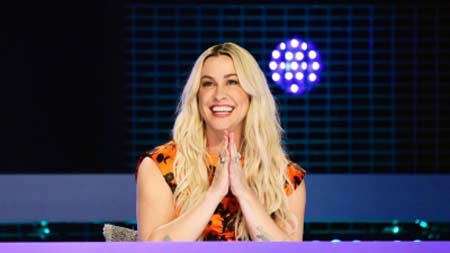 Canadian-American singer Alanis Morissette has claimed that encountering sexism was what caused her to drop out of a performance at the ‘Rock and Roll Hall of Fame’ ceremony.

The singer was set to perform a duet with Olivia Rodrigo of the classic hit ‘You’re So Vain’ as part of a tribute to inductee Carly Simon but, dropped out following the unpleasant experience of sexism, reports Variety.

Morissette did participate in rehearsals before taking her leave. In a post on her Instagram Live account, Morissette left some mystery as to precisely what soured her so much during those rehearsals as to have her exiting the show at seemingly the last minute, after being listed on all the in-house schedules for the epic show right up to Saturday night’s filming.

According to Variety, Morissette strongly indicated that whatever she encountered while she was still on-site brought up long-simmering feelings about “an overarching anti-woman sentiment” in the industry. And she seemed to place blame at the foot of the telecast’s production team, suggesting that whatever she experienced there stood in contrast to “countless incredible experiences with production teams with all genders throughout my life.”

There are differing accounts behind the scenes of just what went wrong during the rehearsal, though, as multiple sources are contending, for their part, that Morissette “struggled with the song” during a run-through, leading to the discord and ultimate walkout.

Sources close to Morissette dispute that assessment, saying that Morissette and Rodrigo were in the normal, initial stages of working out the tune together with the house band.

“There are some misinformed rumblings about my not performing at the Rock & Roll Hall of Fame induction ceremony this past weekend. Firstly, I have to say how much I adore Carly Simon and Olivia Rodrigo and Dolly Parton and Janet Jackson and Pat Benatar and Sheryl Crow and Pink and Brandi Carlile and Sara Bareilles – and all the amazing people and artists who were there,” she wrote, name-checking most of the female artists who were honoured or performed on the show.

However, Morissette continued: “I have spent decades in an industry that is rife with an overarching anti-woman sentiment and have tolerated a lot of condescension and disrespectfulness, reduction, dismissiveness, contract-breaching, unsupportiveness, exploitation and psychological violence (and more) throughout my career.”

She further mentioned: “I tolerated it because nothing would stop me from connecting with those who I cared about and resonated with. I live to serve and connect with people and so over the years I sucked it up on more occasions than I can count in order to do so. It’s hard not to be affected in any industry around the world, but Hollywood has been notorious for its disrespect of the feminine in all of us.”

She concluded: “Thankfully, I am at a point in my life where there is no need for me to spend time in an environment that reduces women. I have had countless incredible experiences with production teams with all genders throughout my life. So many, and so fun. There is nothing better than a team of diverse people coming together with one mission.I’ll continue to show up in those environments with bells on.”