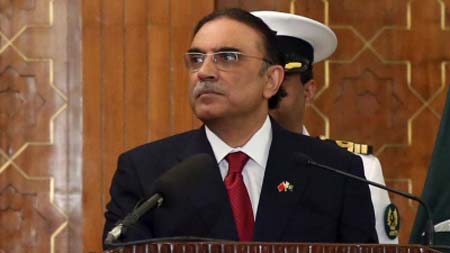 Pakistan Defence Minister Khawaja Asif said that the summary of the Chief of Army Staffs (COAS) appointment will be sent to President Arif Alvi and “includes Asif Ali Zardaris suggestion as well.”.

The Minister said that former President and PPP Co-Chairman Zardari gave a good suggestion which has been included in the updated summary as the first priority, Geo News reported.

He said that Zardari’s suggestion came during the meeting held with the PPP leader and Prime Minister Shehbaz Sharif.

Asif further revealed that the initial timeline set by the authorities concerned was different from a couple of days, adding that the new timetable has been set with full support from the coalition parties.

“I believe that the summary and advisory will be sent to the president by tomorrow (Thursday),” he said.

Information Minister Marriyum Aurangzeb revealed that leaders of all coalition parties expressed full confidence in the premier over the appointment of the COAS and chairman joint chiefs of staff committee (CJCSC).

She revealed that all party leaders entrusted the decision of the appointments to the Prime Minister.