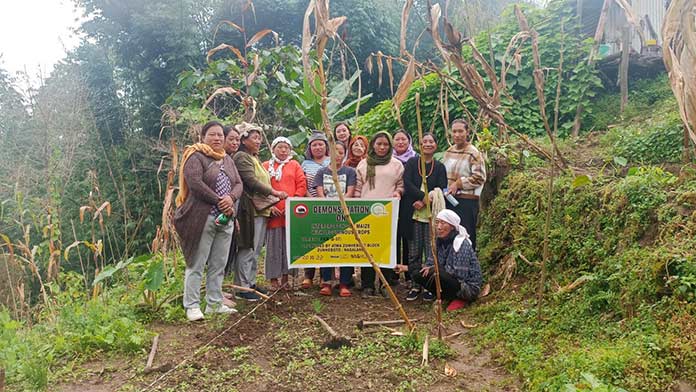 Agricultural Technology Management Agency (ATMA) blocks across the state conducted various trainings and demonstrations for the welfare of the farmers.

Zunheboto block: ATMA Zunheboto block conducted a demonstration programme on cultivation of hybrid winter vegetables and intercropping of maize with leguminous plant on October 20 at Lizu Naghuto Village with BTM Chubatsur and BTM Livika K Zhimomi as the resource persons. The resource persons emphasize on its health benefits, lifespan, transplantation, irrigation, weeding and cultivation of hybrid winter vegetables and on the importance of integrated farming system and its benefit symbiotically to the crops.