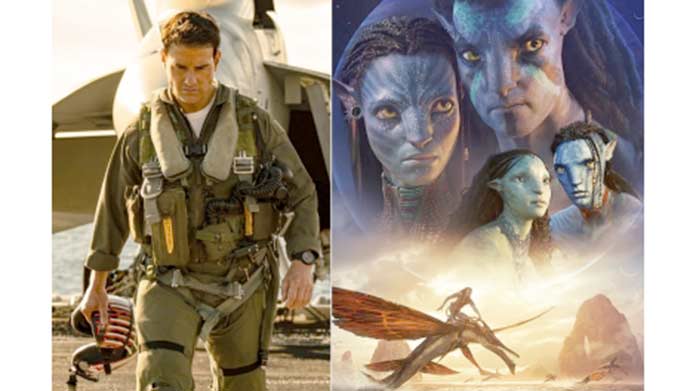 Filmmaker James Camerons ‘Avatar: The Way of Water’ has overtaken ‘Top Gun: Maverick’ at the global box office to become the top-grossing film released in 2022.
According to hollywoodreporter.com, through Wednesday, the 20th Century/Disney release has earned $454 million domestically, and crossed $1 billion internationally for a worldwide cume of $1.51 billion.
It is also now the No. 10 top-grossing film of all time, and the second-best of the pandemic era behind Spider-Man: No Way Homes $1.916 billion.
Paramount’s ‘Top Gun 2’ grossed a hefty $1.49 billion globally following its release in May 2022.
When the The Way of Water first opened, some said the big-budget tentpole launched behind expectations in its opening weekend. The movie quickly made up ground. In December 2009, Avatar opened to a relatively modest $77 million on its way to grossing $2.92 billion globally, including re-releases, to rank as the top-grossing film of all time, not adjusted for inflation.