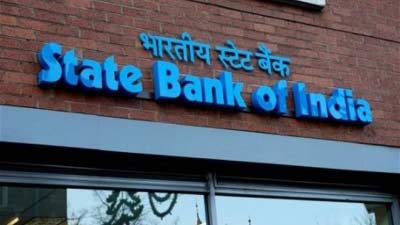 Even as the commercial banks are increasing their interest rates on select deposits, the risk premia over their core funding cost are not factored in the credit risk, said a top economist of State Bank of India (SBI).

In a research report Dr Soumya Kanti Ghosh, Group Chief Economic Adviser, SBI said: “A back of envelope estimate suggests that the core funding cost of the banking system is currently at around 6.2 per cent, while the reverse repo rate is at 5.65 per cent.”

Hence banks are engaged in a fierce war to raise deposits, with rates being offered up to 7.75 per cent in select circumstances. Additionally, banks are currently mobilising certificates of deposits (CD) at rates as high as 7.97 per cent, for a 360 days maturity paper, Ghosh said.

Further, few banks have raised CD at 7.15 per cent for a 92 days maturity. A significant part of the funding gap is thus also being made up by the mobilisation of CD. The outstanding CDs stood at Rs 2.41 lakh crore as of October 21, 2022, as compared to just Rs 0.57 lakh crore a year ago.

The commercial paper (CP) market is also witnessing significant churn with the primary issuances of the short term paper drastically reducing to Rs 0.78 lakh crore after touching a high of around Rs 2.9 lakh crore during November 2021.

The yields have increased by 255 bps since April 2022 and are at 6.92 per cent in October 2022. It seems, with better rated corporates gettin g better deals directly from banks for their working capital needs, they have reduced their dependence on the short term paper.

According to Ghosh, the intriguing part is that risk premia over and above core funding cost are not fairly acknowledging the inherent credit risk.

This even as the banking system witnessed a deficit net liquidity adjustment facility (LAF), he said as per market sources.

Ghosh said, short tenor working capital loans of less than 1 year are given even with finer rates at lower than 6 per cent linking with 1M/3M Treasury Bill (T Bill) rates.

According to him, the good thing is that such pricing war is mostly restricted to AAA rated borrowers and ultimately it should also lower the risk weighted assets thereby lowering the capital requirements.

“It may be noted that RBI had proposed the concept of normally permitted lending limit (NPLL) for specified borrowers, meant to nudge the borrowers to move towards the corporate bonds market. The current trend negates such a concept as well as the logic of Tenor Premium. By this convention, benchmark yields should move down if we apply the logic of risk getting underpriced, as of today,” Ghosh said.

On the interest rates on deposits, Ghosh said banks have adjusted deposit rates significantly upwards in October. Also, given that 45 per cent of bank deposits are current account, savings account (CASA), it is only the 55 per cent of term deposits that need adjustment.

Separately, bank deposits are either bulk, if it is more than Rs 2 crore or otherwise retail.

As per RBI regulations, bulk deposits are not taken into consideration for estimation of high quality liquid assets (HQLA) in liquidity cover ratio (LCR) computation.

“Also, there are matters of maintaining operational equilibrium tha t might explain high CD rates in vogue now. In the ultimate analysis, banks with better franchise and digital orientation will ensure that retail deposits triumph over wholesale deposit mobilisation in the long run, coupled with the fact that meeting the LCR norms is the exclusive prerogative of mobilizing only through retail deposits,” Ghosh said.

He also said the government can revisit the taxation of interest on bank deposits, or at least increase the threshold of exemption for senior citizens.

The RBI can also relook at the regulation that does not allow interest rates of banks to be determined as per age-wise demographics.

Additionally, while there is no restriction by RBI on benchmarking of loans (as against earlier -marginal cost of funds based lending rate-MCLR) and banks are free to use any benchmark published by Financial Benchmarks India Private Ltd (FBIL), continued restrictions on not allowing negative spread on MCLR may also be removed, Ghosh said.

Plantation of natural rubber on another 2L hectares in NE