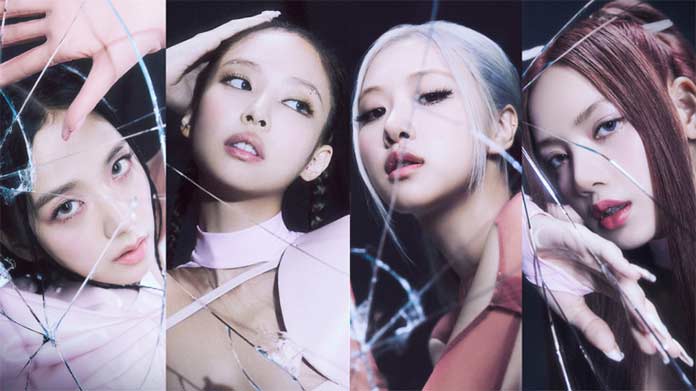 K-pop powerhouse group BLACKPINK have broken their own record for the third-largest music video debut in YouTube history with the release of new pop/rap track Pink Venom.
Pink Venom is the lead single from BLACKPINK’s upcoming sophomore album, Born Pink, which is scheduled to drop on September 16. The release of BLACKPINK’s Pink Venom helped the group cement its position as the Most Subscribed Official Artist Channel of All-Time on YouTube, surpassing BTS’s official YouTube channel BangtanTV and the channels of Justin Bieber, Marshmello, Eminem, Ed Sheeran, Ariana Grande, Taylor Swift, Billie Eilish and Katy Perry.
The video for Pink Venom dropped on YouTube at midnight ET on Friday (August 19), generating 90.4 million views within 24 hours, according to YouTube’s tracker, a new gauge of overnight popularity.
That made Pink Venom the most successful music video debut on the Google-owned platform so far this year.
BLACKPINK are signed to South Korea’s YG Entertainment, but their recorded music is distributed in the US and other territories by Interscope Records / Universal Music Group.
Pink Venom’s debut 24-hour views on YouTube toppled BLACKPINK’s previous record for How You Like That, which garnered 86.3 million views when it debuted in June 2020.
That track, the girl group’s pre-release single from its first Korean-language studio album, The Album, won numerous awards including Song of Summer at the 2020 MTV Video Music Awards and Best Dance Award for a female group at the 2020 Melon Music Awards and Mnet Asian Music Awards in Seoul. It also helped catapult BLACKPINK and its members — Jisoo, Jennie, Rosé, and Lisa — onto the world stage.
BLACKPINK trail only their fellow Korean band BTS in terms of all-time music video debuts on YouTube. BTS’s Butter music video, released in May 2021, and Dynamite, which debuted in August 2020, continued to rank first and second in YouTube’s ranking of All-Time Top 24-Hour Music Debuts. Both Korean groups account for nine of the 10 music videos on the list, with Taylor Swift’s ME! (featuring Brendon Urie of Panic! At The Disco) the only outsider.
The music video for BLACKPINK’s Ice Cream, featuring Selena Gomez (August 2020) ranks fifth, while LISA’s debut solo project, LALISA stands in seventh place, topping BTS’s Permission to Dance and Life Goes On, plus Taylor Swift’s ME!.
In a poll by Billboard on August 19, music fans voted Pink Venom as last week’s favorite new music releases, bringing in more than 85% of the votes, beating Demi Lovato, Panic! At the Disco, Zedd, Maren Morris & BEAUZ and more.
NME gave the track a four-star rating, saying the song adopts a more “comparatively minimal – but no less audacious – sonic approach” like ‘Boombayah’ or ‘Ddu-Du Ddu-Du’.
“While their trademark hip-hop sound is ever-present, courtesy of long-time producer Teddy Park, the song’s foundation is a strong, consistent progression delivered on the geomungo, the traditional Korean zither that Jisoo plays in the music video,” NME said. Jisoo is the only BLACKPINK member who has yet to drop solo material. Promotional campaigns like YouTube’s #PinkVenomChallenge on YouTube Shorts likely helped boost the views of the ‘Pink Venom’ music video on its first day.
The video challenge invites fans to record their own versions of the ‘Pink Venom’ dance moves by uploading their short-form videos as YouTube continues to experiment with TikTok-like features.

Can You Prevent Cancer? What Helps Lower Your Risk

Bank employee thrashed by 2 customers in Gujarat, both held