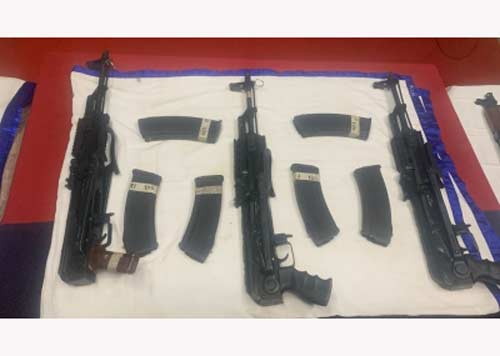 The Border Security Force has seized six AK-47 rifles, three pistols, and 200 rounds of ammunition along the India-Pakistan border in Punjab, officials said.

The recovery was made Thursday evening from a bag during a search near zero line in the Ferozepur sector.

The BSF has informed Punjab Police for investigation.

Navy to open all branches for women from next year