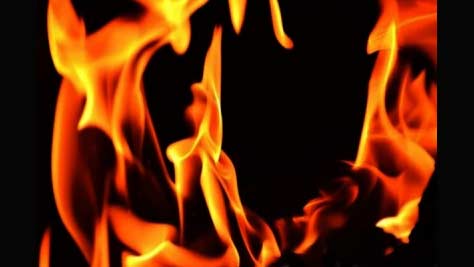 The burglars broke into the house and after looting Rs 80,000, sprinkled chilli powder and set afire the interiors in the two-storied house.

It was not clear if the burglars set the house on fire to wipe out the evidence or they were disappointed over not finding valuables.

The crime was committed in the early hours of the day in the limits of Petbasheerabad police station of Cyberabad police commissionerate.

All the household items were gutted in the fire. Visuals of burglars setting fire to the house were captured on CCTV cameras.

The burglary was committed in the house of one Bangaru Reddy in Presidency Colony in Old Alwal.

At the time of the incident, Reddy had gone to Dilsukhnagar for his father’s anniversary. When he returned home on Saturday morning, he was shocked to find the house burnt.

He alerted the police, who rushed the spot and gathered clues. He said Rs 80,000 was stolen by the offenders.

A case has been registered and police were probing the case from all angles.

In a similar incident a few years ago, burglars had set ablaze furniture and other items in a house as they were disappointed over not finding the valuables. The incident had occurred at Puppalaguda.