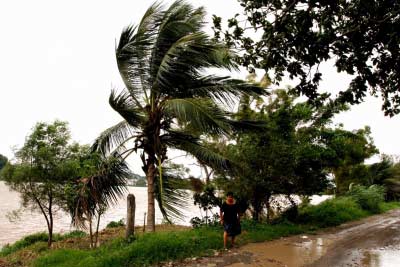 Roslyn, a powerful category 3 hurricane, made landfall in Mexico’s Pacific coast, bringing with it heavy rain and strong winds.

The hurricane made landfall on Sunday morning in west-central Mexico near Santa Cruz, Nayarit state, with maximum sustained winds of around 193 km per hour, reports Xinhua news agency.

In a statement on Sunday, the National Water Commission said: “Although it is expected that during its displacement overland in Nayarit and southern Durango it will gradually weaken, it will cause torrential rains.”

It also said that the rainfall accompanying Roslyn could result in landslides, rising water levels, as well as flooding in low-lying areas.

The Federal Electricity Commission has already reported power outages in the states of Nayarit and Jalisco due to the storm.

Residents have been advised to follow authorities’ instructions and those using boats are urged to exercise extreme caution due to strong winds and waves in coastal areas.

The hurricane has since been downgraded to a tropical cyclone and is expected to dissipate.

Batteryless device detects Covid droplets in the air around you