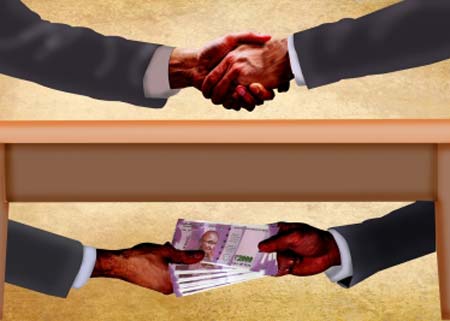 The Central Bureau of Investigation (CBI) on Thursday said that it has arrested a Superintendent, CGST in Gujarat’s Gandhidham for allegedly demanding and accepting a bribe of Rs one lakh from a man.

A senior CBI official said that a case was registered against Maheshwari, on the allegations of demanding undue advantage of Rs 2.40 lakh (demand of Rs 100 per container) from a man for the containers he cleared during his earlier posting.

Maheshwari asked the complainant to pay the said bribe so as to save him from the Audit which he threatened to conduct, if the undue advantage was not paid.

The CBI laid a trap and caught the accused red handed while demanding and accepting a bribe Rs 1,00,000 from the complainant.

The arrested accused is being produced today before the Jurisdictional Court.