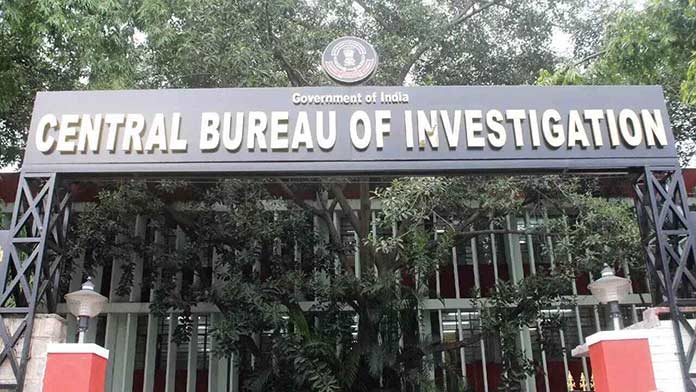 The CBI on Friday filed its first charge sheet against seven accused, including two arrested businessmen, in the Delhi Excise policy scam case, officials said.
Besides the two arrested businessmen, those named in the charge sheet include the head of a news channel, a Hyderabad-based liquor businessman, a Delhi-based liquor distributor and two officials of the excise department, they said.
Delhi Deputy Chief Minister Manish Sisodia, named in the CBI FIR, does not figure in the present charge sheet which is filed within 60 days of the probe agency taking the investigation.
The accused have been charged under IPC section 120-B (criminal conspiracy) and provisions of bribery under the Prevention of Corruption Act, officials said.
The agency has kept the probe open related to the role of others, broader conspiracy with licensees, the money trail, cartelisation, and larger conspiracy in framing and executing the controversial excise policy in the national capital which was rolled back.
The central probe agency has got an alleged “close associate” of Sisodia — Dinesh Arora — to spill beans by turning approver in the case, they said.
Arora recorded his statement under section 164 of CrPC before the magistrate and was granted a pardon by a special court for helping in the investigation.
The CBI, after registering a case against 15 people in August this year had carried out searches at various places.
It is alleged the Delhi Government’s policy to grant licenses to liquor traders was influenced in favour of certain dealers who had allegedly paid bribes for it, a charge strongly refuted by Delhi’s ruling Aam Aadmi Party, they said.
Besides Sisodia, who holds the excise portfolio in the Delhi government, the CBI has named the then excise commissioner Arava Gopi Krishna, the then deputy excise commissioner Anand Kumar Tiwari, assistant excise commissioner Pankaj Bhatnagar, nine businessmen and two companies as accused in the case.
The agency has alleged that Sisodia and other accused public servants recommended and took decisions pertaining to the Delhi Excise Policy 2021-22 without the approval of competent authority with “an intention to extend undue favours to the licensees post tender”.
The agency alleged Amit Arora, Director of Buddy Retail Pvt Limited in Gurgaon, Dinesh Arora and Arjun Pandey are “close associates” of Sisodia and were “actively involved in managing and diverting the undue pecuniary advantage collected from liquor licensees” for the accused public servants.
The CBI has alleged that Radha Industries managed by Dinesh Arora received Rs 1 crore from Sameer Mahendru of Indospirits.

Attempts made to frame Sisodia in fake excise scam case: Kejriwal
Delhi Chief Minister Arvind Kejriwal called the excise policy scam case “fake” on Friday and alleged that attempts were made to frame his deputy Manish Sisodia in it, whereas the CBI found nothing against him in its probe.
“Manish’s name is not in the CBI chargesheet. The whole case is fake. Nothing was found in the raids. A total of 800 officers found nothing in the probe for four months. Manish offered hope of a good future to crores of poor children in the country through a revolution in education. I am sorry that a conspiracy was hatched to defame such a person by implicating him in a false case,” Kejriwal said in a tweet in Hindi.
The Central Bureau of Investigation (CBI) filed its first chargesheet in the excise policy scam case against seven accused, including two businessmen, on Friday. Besides the two arrested businessmen, the head of a television news channel, a Hyderabad-based liquor trader, a Delhi-based liquor distributor and two excise department officials have been named in the chargesheet, officials said. Sisodia, who was named in the CBI FIR, does not figure in the chargesheet, which was filed within 60 days of the federal agency taking over the investigation.
The accused have been charged under section 120B (criminal conspiracy) of the Indian Penal Code (IPC) and the provisions dealing with the offence of bribery under the Prevention of Corruption Act, the officials said.