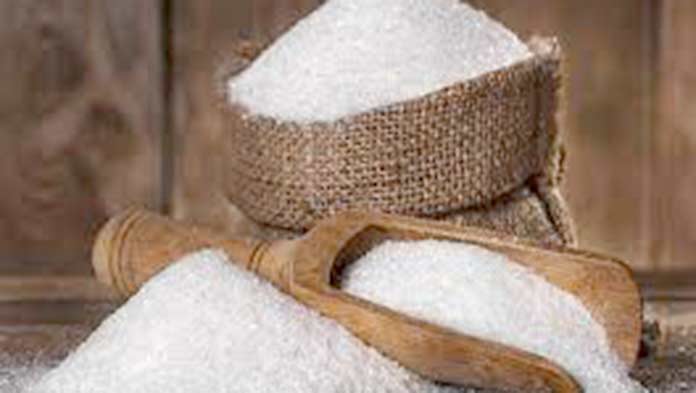 The central government has extended the blanket ban on exports of sugar for one more year starting October 31, which several industry insiders are interpreting as an end to exports under open general license, but to be permitted only through pre-determined quota fixed by the government.
According to Business Standard, the Directorate General of Foreign Trade’s (DGFT) order of October 28 to extend the ban on sugar exports for one more year has been followed by another order issued by the Department of Food and Public Distribution (DFPD) on the same date that has extended the deadline for implementing the export release orders (ERO) of sugar issued for the 2021-22 season for another month till November 30, 2022.
An ERO is a kind of permit that mills are issued to export sugar based on certain parameters and criteria.
The DFPD order industry players also said that the export quotas which were issued in the previous crop year that ended in September could now be executed till the end of November.
The industry interprets the two orders as a firm signal from the government that for the 2022-23 sugar season that started in October, exports won’t be allowed under OGL as was demanded by several players mainly the northern India-based sugar mills but opposed by those in the south and west of the country. “The new policy for export for export in 2022-23 season that has already started is most likely to come next week before which the Centre through the twin decisions has conveyed that sugar exports will be only through the MAEQ (Maximum Admissible Export Quota) and not through open general license,” a senior industry official said.
Sources said even through MAEQ, the Centre is expected to allow only 8 million tonnes of sugar in two tranches. In the first tranche, only 5 million tonnes will be allowed which will be followed by another installment of 2-3 million tonnes, but only if the market remains favourable and there are adequate domestic stocks.
This, if permitted , will be lower than the 11.2 million tonnes of sugar expected to be exported in 2021-22 season but will be good enough to maintain a healthy stock position of around 6-6.5 million tonnes at the end of the season and also provide for diversion towards ethanol.
“To start with, the government might seek concurrence of mills for exporting sugar based on their production capacities and only when it is fairly satisfied about their viability, can it permit such exports,” another senior industry official had said sometime back.
He said the primary concern of the government in breaking down the exports for next year in two tranches is to ensure that India has around 6 million tonnes of sugar in its inventory and there is no unusual drawdown in inventories that could lead to spike in prices later in the year.
India’s sugar production in 2022-23 season is estimated to be around 41 million tonnes without accounting for 4.5 million tonnes diverted towards making ethanol which would be almost 1.8 million tonnes or 4.6 per cent more the estimated production of the current season.
According to Indian Sugar Mills Association (ISMA), diversion of sugar for producing ethanol is estimated to be around 4.5 million tonnes in 2022-23 season, as against 3.4 million tonnes in 2021-22 season.
After accounting for diversion towards ethanol, sugar production in the 2022-23 season is expected to be around 36.5 million tonnes, while the consumption is projected to be around 27.5 million tonnes next season.
The surplus 9 million tonnes needs to be exported, industry players said.