Centre ought to listen to people’s voice: Imna Along 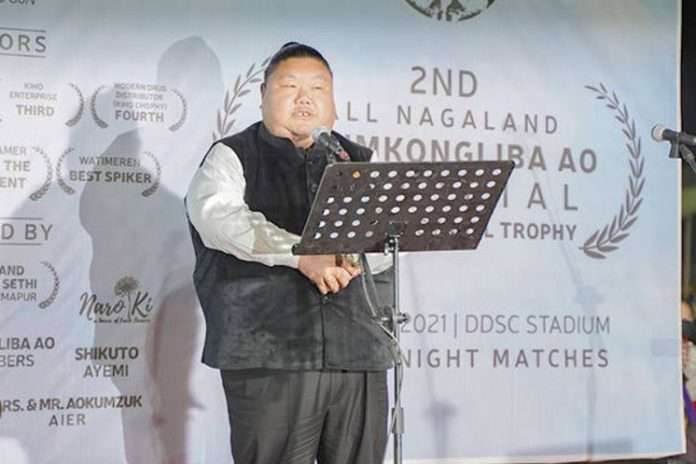 State minister of higher education and tribal affairs minister, Temjen Imna Along said it was up to Government of India (GoI) to listen to the voice of people, see what was happening on ground and decide what ought to be done vis-à-vis imposition of Armed Forces Special Powers Act (AFSPA) in Nagaland other North Eastern States.

He also supplemented the statement made by former governor and former chief minister Dr SC Jamir during an interview with a TV channel that the State government should press for early settlement of the Naga political issue so that once settlement is arrived at the issue of AFSPA will not arise.

He said that the State government was serious on investigating the Oting incident and hence formed Special Investigation Team (SIT), but added that he would not like to comment much on the incident as the SIT had been empowered to probe what actually had happened.

He said a special daylong Assembly session has been convened on December 20 where members will deliberate on the issue.

Meanwhile, when asked on the ongoing peace talks and the initiative taken by the State government, Along maintained that the government was very serious on the peace talks, pointing out that the very idea of an opposition-less government was to facilitate coming together of all as one, without party lines, so as to help and facilitate an early settlement.

Meanwhile, referring to the poor performance of the State in sports, the minister claimed that the State government was doing its best to promote sports, asserting that one could not always blame the government or its citizens.

He said it was time to change the narrative, “the way we look at things, our goals”, adding that the younger generation were so agile and smart, and that it was time Nagas put these things in the right things, whereby one can infuse energy and build sportsmanship.

“Both the government and the people have to complement each other and work it out,” he stressed.