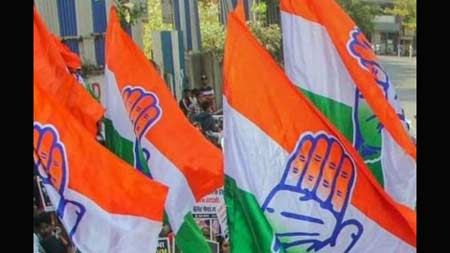 Congress on Tuesday questioned the Centre’s silence on the Chinese fraud loan apps which has claimed 52 young lives and siphoned off Rs 500 crore through Hawala.

Addressing a press conference party spokesperson Gaurav Vallabh said it has been two years since the news of Chinese loan apps duping lakhs of Indians through its conspiracy of the debt trap surfaced.

He said: “An investigation between January and February 2021 found more than 1,100 digital loan apps available across play stores. RBI has accepted that at least 600 such apps were operating illegally. As per RBI, there was a jump of 12 times in loans on digital platforms between 2017 and 2020. Till now, 52 individuals in our country have committed suicide due to blackmailing by these loan apps. “

Vallabh also accused the Modi government of lying to the nation and lacking the courage to even talk against the Chinese aggression, and failing in international diplomacy.

He alleged that such apps have mushroomed since Covid struck in 2020. The Modi government has weakened the Indian economy pushing millions into poverty, he said.

“This is one of the main reasons why the lower and middle-income groups are forced to resort to such debt propositions. The other reason is the gross misdirection of focus for central agencies”.

He said the modus operandi of the loan apps is make the user install the app from the app store or direct message. At the time of installation, the app asks for access to the user’s phone book, photo gallery, messages, etc., without which the app will not be installed. The user is asked to provide AADHAAR or PAN Card for KYC purposes.

After providing a loan, the user is granted seven days’ time for repayment of double the principal amount. But the user starts receiving phone calls after five days. Even if the user pays the entire amount, without his requirement, some more money is transferred into his account or repayment is not updated, forcing the user to pay the penalty for late payment.

“If the user fails to pay up, his/her morphed image is shared with his friends and family. If this doesn’t work, using call centres, they abuse users with a warning to share their nude photographs.”

The Congress spokesperson said the incompetence of the central government and agencies has led to multiple cases of suicides due to such debt traps. Chinese loan app companies have siphoned off Rs 500 crore from India through the hawala route.

“There has been no strategy, no focus by the Modi government in evaluating priorities. Certain Chinese apps were banned in 2020 but the action on such apps has been lackluster.”

The Call of God