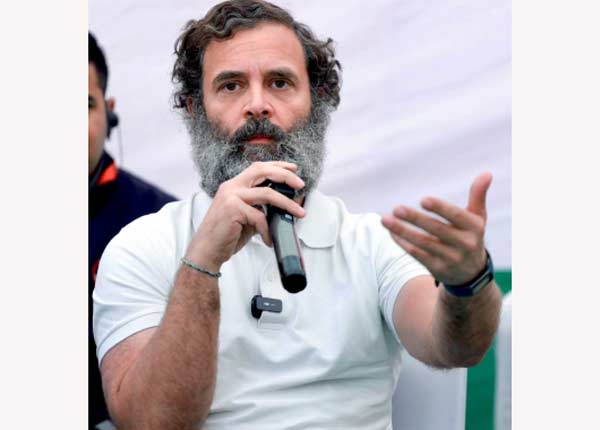 Congress leader Rahul Gandhi has written a letter to the people of the country in a massive outreach programme of the party, promising cheaper petrol and diesel, gas cylinder at Rs 500, jobs and harmony.

The party on Friday announced that it will deliver Rahul Gandhi’s letter to each house along with a charge sheet against the Central government from January 26. The letter is signed off as “aapka apna Rahul (your own Rahul)”.

The letter is written in all regional languages and the exercise is an attempt by the Congress to reap the political benefits from the Bharat Jodo Yatra.

Gandhi in his letter has tried to touch all the subjects. He mentions that this is written after completing the historic, 3,500 km long Bharat Jodo Yatra where millions of Indians walked with him from Kanyakumari to Kashmir.

“It was the most enriching journey of my life, and I am overwhelmed by the love and affection that every single Indian has showered on us. I heard intently, to all your stories along the way.”

He said there is a palpable economic crisis brewing – joblessness among the youth, unbearable price rise, severe farm distress, and a complete corporate capture of the country’s wealth…People are worried about losing their jobs, their incomes are falling further, and their dreams of a better future are shattering.

“There is a deep sense of hopelessness across the country. Today, even our plurality is under threat. Divisive forces are attempting to turn our diversity against us – different religions, communities, regions are being pitted against each other. These forces, which are only a handful in number, know that only when people feel insecure and scared can they sow the seeds of hatred for the ‘other’. But after this Yatra, I am convinced that this vicious agenda has its limits, and it cannot go on any longer.”

He wrote that he will fight to eradicate these evils — from the streets to Parliament, every single day and determined to create economic prosperity for everyone — right price for farmers’ produce, jobs for our youth, fair distribution of the country’s wealth, an enabling environment for MSMEs and entrepreneurs, cheaper diesel, a stronger rupee, and a gas cylinder for Rs 500.

“The people of our country realise that we cannot reach our full potential unless we embrace our diversity and work shoulder to shoulder. I strongly believe that India will reject hatred. We will rise above caste, religion, language, gender, and all other differences that cause rifts in a society. Our greatness lies in our Unity in Diversity. My message to each one of you – Daro Mat! Remove fear from your hearts, and hatred will vanish from within you.”

“The Yatra has renewed my vigour to fight for each one of you. It has been a ‘Tapasya’.

“I understand that my personal and political journey is one — to give voice to the voiceless, to be the weapon of the weak, to take India from darkness to light, from hate to love, from suffering to prosperity. I will carry forward the vision and values of those who gave us our extraordinary Constitution.”

“he Congress family has been working tirelessly for 137 years, first to free, then to unite and then further to build this country and have always brought the country together during the difficult times. Today, again, our country finds itself in a state of crisis.

“The ‘Hath se Hath Jodo’ Abhiyan is our initiative to spread the message of unity and brotherhood. Through this historic Abhiyan, the Congress party is extending its hand to you — lend a hand, come together to put the country back on the path of building a ‘Swarnim Bharat’ — where every single Indian has an equal chance to fulfill their dreams.”