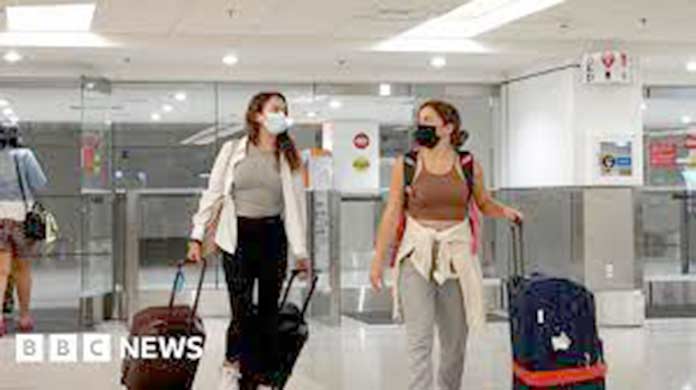 Come January, China will practically abandon its three-year-old zero covid policy and its international isolation, fully opening its airports and ports for travel and trade amid the massive coronavirus outbreak in the country.
Starting from January 8, China will cancel nucleic acid tests for international arrivals, the need to obtain Covid green codes from Chinese embassies abroad and quarantine on arrival, the Foreign Ministry said on Tuesday.
The complete scrapping of the travel rules comes at a time when China is grappling with a sudden spurt in coronavirus infections fuelled by the Omicron variants after the Xi Jinping regime relaxed its stringent zero-Covid policy earlier this month following a wave of anti-government protests.
Officials argue that the Omicron variant was not as lethal as the Delta strain, which caused massive casualties all over the world.
While the announcement of scrapping all quarantine rules was widely welcomed, especially by the China-based foreign companies, the timing of the opening also sparked concerns as it comes ahead of the country’s annual Spring Festival on January 22 during which millions of Chinese will travel to destinations at home and abroad. Starting from January 8, China will also downgrade management of the disease from Class A to Class B under the country’s law on the prevention and treatment of infectious disease and remove it from quarantinable infectious disease management in a major shift of its epidemic response policies.
The novel coronavirus broke out in the central Chinese city of Wuhan in December 2019 and then became a pandemic.
The spring festival holiday will last over a week and the Chinese were expected to travel in big numbers abroad considering they don’t have to quarantine on return.
Previously passengers coming from abroad had to mandatorily stay in over two weeks of quarantine in government accommodations, which was gradually reduced to five days with three days of home observation.
India and several other countries have announced safety measures like testing and medical scrutiny of passengers, coming from China and other countries where the virus is prevalent.
The Foreign Ministry statement said inbound travellers to China are advised to take a nucleic acid test within 48 hours before their departure.
People with a positive test result are advised to postpone their travels until they test negative, it said.
There is no need for travellers to apply for a health code from Chinese diplomatic and consular missions and passengers will declare their health status on the customs card.
Those with an abnormal health status declaration or fever symptoms will receive an antigen test at the customs, it said.
They will be advised to self-isolate at home until recovery or be treated in a hospital, depending on their health conditions, it said.
China will scrap restrictions on international passenger flights, increase the number of flights in stages, and optimise the distribution of routes, the ministry said. Right now fewer international flights arrive in China and with the zero covid policy, the limited flights are diverted to different Chinese cities.