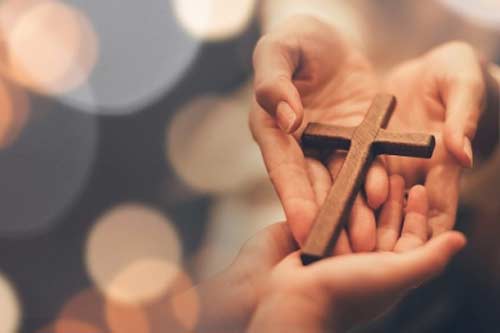 Karnataka unit of Bajrang Dal on Saturday lodged a police complaint against Christian missionaries for distributing books similar to Bhagavad Gita with an intention of religious conversion.

The complaint was lodged in Tumakuru city and Kora police stations of Tumakuru district in Karnataka. According to police, missionaries have taken up a huge drive in Tumakuru aiming at converting Hindus to Christianity.

Incidents of distribution, selling of books resembling Bhagavad Gita have come to light in various parts of the district, the Bajrang Dal said.

In the book, Hindu Gods and Goddesses are insulted. It also says Baba Adam is equal to Brahma, Mahadev, Mohammad and that Adinath, revered by Jains, has taken birth as Baba Adam, the book claims.

It also claims that Baba Adam came from the planet of Brahma and is the reincarnation of Lord Brahma.

Bajrang Dal has alleged that distribution, selling of the book titled ‘Geetheye Ninna Jnana Amruta’ in Kannada language has been taken up aggressively. People from other states have come to Tumakuru and carried out the missionary work.

The books are being printed from Kabir Printing Press in New Delhi. The complaint has also been submitted to the Superintendent of Police in Tumakuru district to stop forces which are operating with an intention.

Further investigation is on.