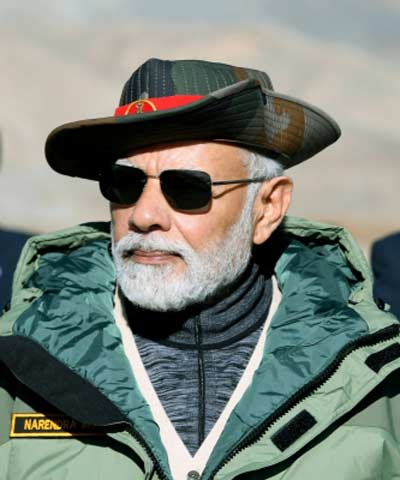 Prime Minister Narendra Modi on Monday said that those who indulge in corruption will not be spared, however influential or strong they may be.

Addressing jawans in Kargil on the occasion of Diwali, he said that such corrupt forces for many years blocked progress, but now all those gaps are being filled.

Modi’s comments have come at a time when the Government has cancelled the FCRA licence of Rajiv Gandhi Foundation, leading to political sparring between the Congress and BJP.

He said that soon soldiers would be able to use modern indigenous weapons while the Government is preparing state of the art infrastructure in frontline areas to strengthen the country’s defence.

Kargil, the PM said, has been witness to all victories against Pakistan and also reminisced about his visit there during the Kargil conflict in 1999.

He said that in today’s global perspective, Diwali symbolises end of terrorism and therefore, it is imperative to spread the message of peace on the occasion.

Modi had reached Kargil earlier in the morning, to celebrate Diwali with personnel posted there.