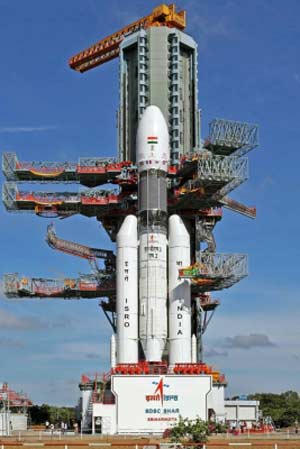 Space sector experts had earlier told IANS that the US and Europe’s economic sanctions against Russia for its military action in Ukraine may throw up economic opportunities for the Indian space sector, instead of burdening it with economic cost.

They also said that to cash in on the opportunities, India should accelerate its satellite launch capabilities, and announce productivity-linked incentive (PLI) schemes for the aerospace sector.

“All those countries feeling the pinch due to the absence of Russian rockets for satellite launches may look at alternatives. While the bulk of the satellite launch contracts will be taken by the US and Europe, there will be others who may look at other options. India’s neutrality has created a new market segment,” Chaitanya Giri, Founder, DAWON Advisory & Intelligence, had told IANS.

The board of OneWeb — jointly owned by India’s Bharti Global and the UK government — had voted to suspend satellite launches from the Baikonur rocket port in Russia.

Meanwhile the Sunday rocket mission has several firsts for the Indian space sector. They are: (a) The first commercial launch of GSLV MkIII (b) First time an Indian rocket will be ferrying a payload of about six tonnes (c) First time OneWeb is using an Indian rocket to put its satellites into orbit (d) First commercial launch of GSLV MkIII contracted by NSIL, the commercial arm of Indian space sector and (e) First time GSLV MkIII or its variants is being used for launching satellites in Low Earth Orbit (LEO).

SourceIANS
Previous article
Musk plans to cut 75% of Twitter staff if he takes over: Report
Next article
Instagram introduces new feature to protect users from abuse
Must Read

Drilling for water erupts into fire in Meghalaya

18 students in Assam rusticated for ragging