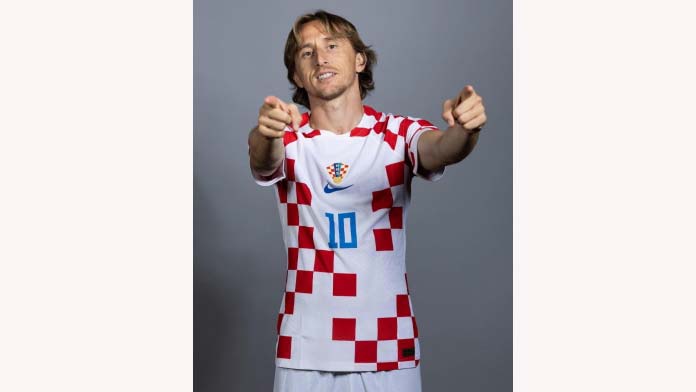 Croatia captain Luka Modric said his team should put aside their 2018 World Cup memories of making it to the final, and instead focus on their group match against Morocco on Wednesday.

The 2018 Ballon d’Or winner was the player of the tournament at that year’s World Cup in Russia, leading Croatia to an astonishing run before losing 4-2 to France in the final.

“Whatever we’ve been through during the 2018 World Cup was an unforgettable experience but we need to put it aside and focus on what is ahead of us,” the midfielder said on Tuesday ahead of Croatia’s opening group match against Morocco, reports Xinhua.

“Many players from Russia are not here. We have new players, fresh blood, and new energy.

“We also have some veteran players who have helped the young ones adjust. This is a new tournament and we have to look at it this way. We have to leave it all out on the pitch.”

The 37-year-old will play at his fourth World Cup, which is the first in history to have been shifted from the traditional summertime slot to the European winter.

“We’re full of energy, we’re not exhausted, we’re not at the end of the season,” said the veteran. “We’ll see tomorrow if the timing is a good thing or not.”

The Real Madrid playmaker won both La Liga and the UEFA Champions League with his club last season, and said he still feels like he has plenty to offer.

“I’m prepared physically and I’m in great shape. I’m healthy but drawing comparisons with other World Cups makes no sense. It’s important to feel prepared and ready to win.” he added.

SourceIANS
Previous article
Deschamps praises Mbappe, Rabiot, Giroud after win over Australia
Next article
The way Ronaldo attacked the club, there was no option: Rooney on star’s split with Man Utd
Must Read