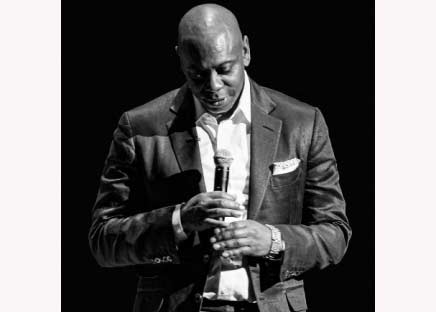 Comedian Dave Chappelle has drawn new criticism for his monologue on this week’s episode of ‘Saturday Night Live,’ as Anti-Defamation League CEO Jonathan Greenblatt argues that the comedian’s performance did “not just normalise but popularise anti-semitism.”

In his stint as this week’s “Saturday Night Live’ host, Chappelle took the stage for a lengthy 15-minute monologue, cracking jokes about Kanye West’s recent anti-semitic remarks and the rapper’s new wave of controversy and abandoned business partnerships, reports Variety.

“Why are Jewish sensitivities denied or diminished at almost every turn? Why does our trauma trigger applause?”

Notably, the Anti-Defamation League itself has not released a statement regarding Chappelle’s ‘SNL’ appearance.

The organisation had previously published statements regarding West’s anti-semitic remarks, as well as Brooklyn Nets player Kyrie Irving’s decision to share an anti-semitic film to his social media followers.

“I’ve been to Hollywood and this is just what I saw: It’s a lot of Jews, like a lot,” Chappelle joked at one point in his ‘SNL’ monologue.

Saturday marked Chappelle’s third time hosting ‘Saturday Night Live’, each turn has come during the same week as a contentious national election, beginning in 2016 in the days after Donald Trump was elected President.

Chappelle has remained a subject of controversy for statements that have been interpreted as being harmful to the transgender community.

His Netflix special, “The Closer,” prompted walkouts among LGBTQ+ individuals and allies employed at the streamer after chief content officer Ted Sarandos defended the comedian’s words as artistic expression, supporting his “creative freedom.” Chappelle did not touch on that situation during his ‘SNL’ monologue.

The Opposition of the Natural

Those who are Christ’s have crucified the flesh with its passions and desires. —Galatians 5:24 The natural life itself is not sinful. But we must abandon sin, having nothing to do with it in any way whatsoever. Sin belongs to...