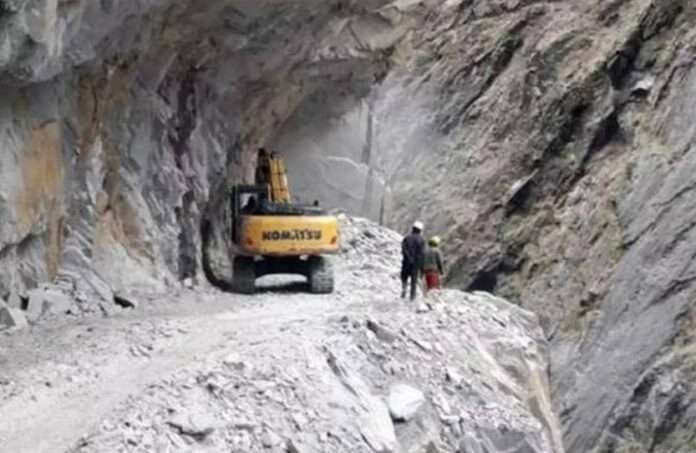 Nepal on Sunday once again reminded India not to construct any roads in Nepali territory unilaterally. This reaction comes in a response to a recent statement of Indian Prime Minister Narendra Modi on December 30 in Uttarakhand. While addressing an election rally, Modi on December 30 announced that his government had built a road to Lipulekh and that there were more plans to extend it further.

Responding the statement of the Indian Prime Minister after it created a huge uproar in Nepal across the political spectrum, Nepal’s Minister for Information and Communication Minister Gyanendra Bahadur Karki said on Sunday that Nepal government has been asking India not to extend and construct road via Nepali territory unilaterally.

The Indian government is building a road via Lipulekh to Kailash Mansarovar in the Tibetan Autonomous Region of China.

After the row in Nepal over Modi’s statement, the Indian Embassy in Kathmandu on Saturday issued a statement, clarifying that any outstanding boundary issues with Nepal will be settled through established mechanisms and channels.

“The Government of India’s position on the India-Nepal boundary is well known, consistent and unambiguous,” it said in the statement. “It has been communicated to the Government of Nepal.”

Almost all political parties in Nepal, including Prime Minister Sher Bahadur Deuba’s own Nepali Congress, have been demanding that the government speak up on Modi’s statement and make its position clear on Lipulekh.

When India and China agreed to develop a trade and transit route via Lipulekh during Modi’s visit to China in 2015, the Nepal government had objected to the decision and protested with both Indian and Chinese governments through the separate diplomatic notes. While calling Lipulekh an integral part of its territory, Nepal asked both New Delhi and Beijing to scrap the agreement or take prior consent from Nepal if they want to construct anything into the disputed territory. Lipulekh is a trijunction between Nepal, India and China.

Earlier in 2020, Nepal again protested India’s decision to extend the road via Lipulekh.

Indian Defence Minister Rajnath Singh had inaugurated the road in the first week of May 2020, creating quite an uproar in Nepal. The Nepal government then on May 20, 2020 unveiled a new map incorporating Kalapani, Limpiyadhura, and Lipulekh within the Nepali territory. The new map was endorsed by Parliament unanimously through a constitutional amendment.

India had taken umbrage at Nepal’s move, calling the publication of the new map “cartographic assertions”. Nepal-India relations then hit a rock-bottom and came back on track only at the end of last year. But Modi’s remarks on Lipulekh once again created a commotion in Nepal.

Besides Lipulekh, Nepal and India also have disputes in Kalapani and Limpiyadhura area. Limpiyadhura is the last border point between Nepal and India which Nepal claims as its own territory. Similarly, near Limpiyadhura, there is another chunk of land called Kalapani where India has been keeping its troops after the 1962 Indo-China war. Nepa has been saying that Kalapani falls inside Nepali territory and India had unilaterally stationed its troops there without prior approval from Nepal.

Given the close and historic relations between Nepal and India and its letter and spirit, Nepal wants to resolve the dispute through the historic treaty and agreement, facts, maps and evidence through the diplomatic channel, said Karki.