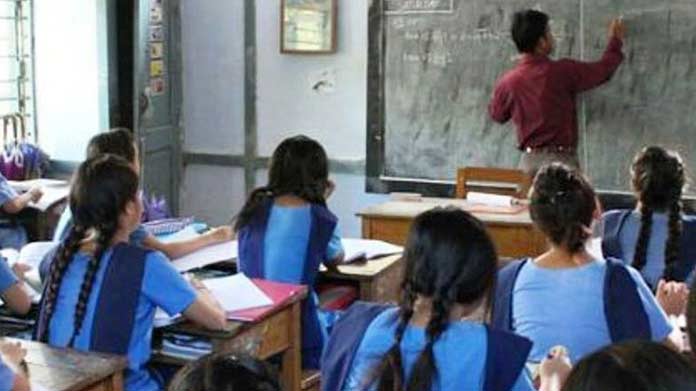 The dropout rates in primary schools in Assam have nearly doubled in 2021-22, mainly due to the impact of COVID-19 and identification of fake students’ rolls, state Education Minister Ranoj Pegu said Wednesday.
However, the dropout rate at the secondary level has declined from 31 per cent in 2020-21 to 20.3 per cent in 2021-22, he said
The dropout rate in lower primary schools is 6.02 in 2021-22, up from 3.3 per cent the previous year, he said quoting the Unified District Information System for Education (UDISE) data.
In the case of upper primary schools, the dropout rate was 4.6 per cent in 2020-21 and 8.8 per cent in 2021-22. The number of total dropout students is 1,29,543. These out-of-school children cover 1,01,602 dropout children and 27,941 never enrolled children, who were identified through a survey, the minister said. “Increasing dropout rate is a national phenomenon. Due to the Covid pandemic, the entire education system, mostly the primary education suffered a lot and resulted in school dropout,” he said.
Pegu said that many schools were uploading fake student enrolment figures on the UDISE portal in order to get various benefits like inflated mid-day meal allocation, more money for free school uniforms and textbooks. “To avoid merger or closure of a particular school for low student enrolment, many schools uploaded inflated enrolment on the portal of UDISE directly. Keeping this in view, we started a massive drive for data purification of UDISE,” he said.
Now due to the state government’s strict vigilance schools have stopped uploading fake enrolments on UDISE and have shown the fake enrolment data as dropouts during the updation process, Pegu said.
“This purification of data will continue and I hope that the dropout rate will be at the same level next year. The situation will stabilise after that,” he said.
On the abolishment of 8,000 vacant posts of permanent government school teachers, the Education Minister said it was done for financial neutrality and discipline as a larger number of contractual faculty members are already working through the SSA.There are 2,21,247 teachers, including contractual ones, educating 49,10,427 students in Assam government schools, he said .

Walkathon against violence on children in Dimapur, Chumu