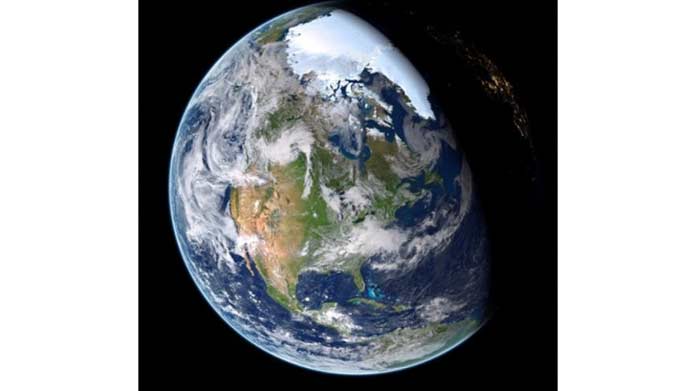 Earth is currently in the middle of a mass extinction, losing thousands of species each year and new research suggests environmental changes caused the first such event in history, which occurred millions of years earlier than scientists previously thought.
Most dinosaurs famously disappeared 66 million years ago at the end of the Cretaceous period.
Prior to that, a majority of Earth’s creatures were snuffed out between the Permian and Triassic periods, roughly 252 million years ago.
According to researchers at University of California-Riverside (UCR) and Virginia Tech, a similar extinction occurred 550 million years ago, during the Ediacaran period.
Although unclear whether this represents a true “mass extinction”, the percentage of organisms lost is similar to these other events, including the current, ongoing one, said researchers in a paper published in the Proceedings of the National Academy of Sciences.
The researchers believe environmental changes are to blame for the loss of approximately 80 per cent of all Ediacaran creatures, which were the first complex, multicellular life forms on the planet.
“Geological records show that the world’s oceans lost a lot of oxygen during that time, and the few species that did survive had bodies adapted for lower oxygen environments,” said Chenyi Tu, UCR paleoecologist and study co-author.
Unlike later events, this earliest one was more difficult to document because the creatures that perished were soft bodied and did not preserve well in the fossil record.
“We suspected such an event, but to prove it we had to assemble a massive database of evidence,” said Rachel Surprenant, UCR paleoecologist and study co-author.
To reach this conclusion, the team documented nearly every known Ediacaran animal’s environment, body size, diet, ability to move, and habits.
Ediacaran creatures would be considered strange by today’s standards. Many of the animals could move, but they were unlike anything now living.
Among them were Obamus coronatus, a disc-shaped creature named for the former president, and Attenborites janeae, a tiny ovoid resembling a raisin named for English naturalist Sir David Attenborough.