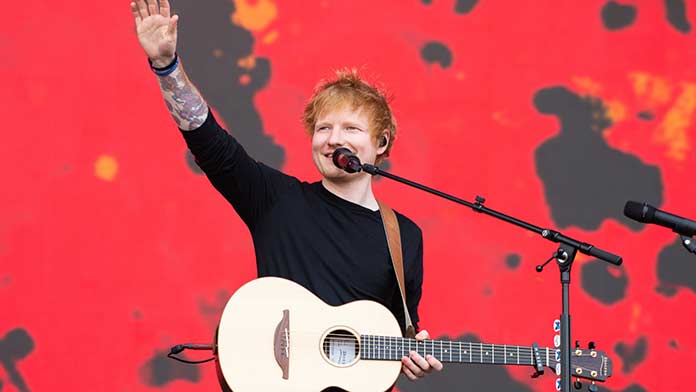 Ed Sheeran is set to release a new song called ‘Celestial’ in collaboration with Pokémon. The track is due to land on major streaming platforms next Thursday (September 29).
“To celebrate the new song with Pokémon, ‘Celestial’, I’ve got a new tattoo,” Sheeran said in an announcement video, which features a brief snippet of the forthcoming single. He then unveiled a fresh inking of Squirtle on his arm.
“I think it fits right in, yeah?” the star captioned the post.
Sheeran has also shared the official cover artwork for ‘Celestial’, an animated image of himself with Pikachu on his shoulder.
In a statement on Instagram, Sheeran spoke about his longstanding love for the Pokémon franchise. “I started off with Pokémon cards when the craze hit primary school when I was about 7,” he wrote. “Then the TV show was on TV so I used to try and record it over the same VHS every week.”
Sheeran continued: “After this me and my brother shared a Game Boy and Pokémon Blue. I got a Game Boy Colour with Pokémon Yellow for my 8th birthday, obsessed was an understatement. Flash forward to me at 31 I still have the same Game Boy Colour and still I play Pokémon Silver on long haul flights. I really really love it.”
The musician went on to say that the series gave him “a proper escape as a kid into a fantasy world”, adding: “In adult life it’s nostalgia that makes me feel like a kid again.”
Sheeran recalled: “I met the people from Pokémon when I was travelling in Japan, and we joked about me writing a song for them. But now here we are”. “‘Celestial’ comes out next Thursday, and the video is insanely amazing, animated by the incredible people at Pokémon. I love it, you’re gonna love it. And we all gotta catch ‘em all.”
Last November saw Sheeran perform a special live set within Pokémon Go shortly after the release of his fourth and most recent album.Meanwhile, Ed Sheeran is scheduled to play an intimate one-off concert in London next month to raise funds for mental health support charity Shout.