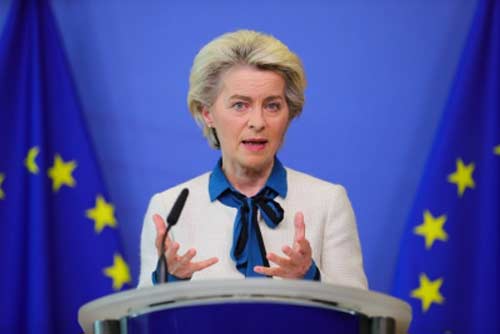 She said the first batch of 80 million euros out of the total 500 million euros will help North Macedonia to address the impact of high energy prices, reports Xinhua news agency.

Also on Wednesday, von der Leyen attended the signing ceremony of an agreement between the European Border and Coast Guard Agency (Frontex) and North Macedonia.

The agreement will allow Frontex to assist North Macedonia in its efforts to manage migratory flows, counter illegal immigration and tackle cross-border crime.

The European Commission chief will also visit Albania, Bosnia and Herzegovina, Serbia and Montenegro on her Western Balkan tour.