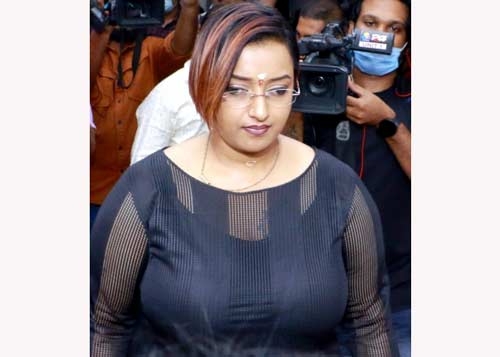 Stung by the fresh revelation by the prime accused in the gold smuggling case, Swapna Suresh, former Speaker and top CPI-M leader P. Sreeramakrishnan on Tuesday said he will speak to party officials and take legal steps besides dealing this politically also.

In her recent revelation, Swapna said former state Minister Kadkampally Surendran, presently a legislator, and Sreeramakrishnan used to send her lewd messages and asked her to come to them, while former state Finance Minister Thomas Isaac dropped indirect hints to her.

“I have not sent messages to anyone and is it possible to invite her to my official residence where my entire family and aged mother lives and not to mention several staff members. In the past also a lot of baseless allegations were aired against me and all know what happened to them. So I will deal with the present onslaught legally, after speaking to my party and also politically,” said Sreeramakrishnan.

In 2020, while being in office Sreeramkrishnan was questioned by the central agencies.

Sreeramakrishnan, who turns 55 next month, was a two-time legislator representing Ponnani, but did not get a nomination in the 2021 Assembly polls. After the Chief Minister retained office, Sreeramakrishnan was made the chairman of the state run Roots-Norka, a body that looks after the welfare of the Kerala diaspora.