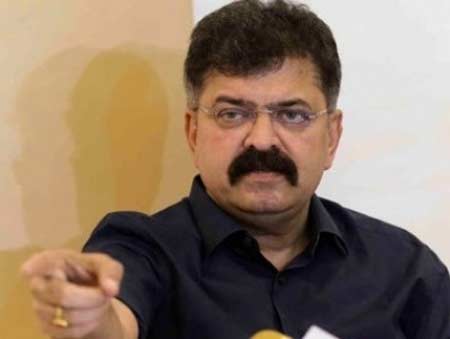 BJPMM vice-president Rida Asghar Rashid complained to the police, claiming among other things, that Awhad had “pushed” her aside with both hands taking advantage of a huge crowd, late on Sunday evening.

Rashid said that she was trying to get close to a car to meet Chief Minister Eknath Shinde who was leaving the venue after inaugurating a new bridge in Mumbra town.

Suddenly, Rashid said that Awhad came in her way and asked her “why are you blocking the way? Move aside”, He then grabbed her shoulders and pushed her to the side.

Feeling “embarassed”, she later met Shinde requesting him to direct the local police to register a FIR against Awhad.

The Mumbra police have lodged a FIR slapping various Indian Penal Code sections including Sec. 354 for outraging a woman’s modesty.

On Monday, Awhad stoutly denied outraging Rashid’s modesty or attempting to molest her and said that this is the second false case lodged against him in three days, with several top NCP leaders speaking out in his support.

On November 11, Awhad and 10 others were booked for violence during the screening of a Marathi film ‘Har Har Mahadev’ in a Thane mall multiplex on November 7), but they were enlarged on bail the following day.

S.Korea’s trade chief to visit US for talks on Inflation Reduction Act

One year on, no justice to families of Oting victims