Exports of other cereals records spike, rise 53.78% in November 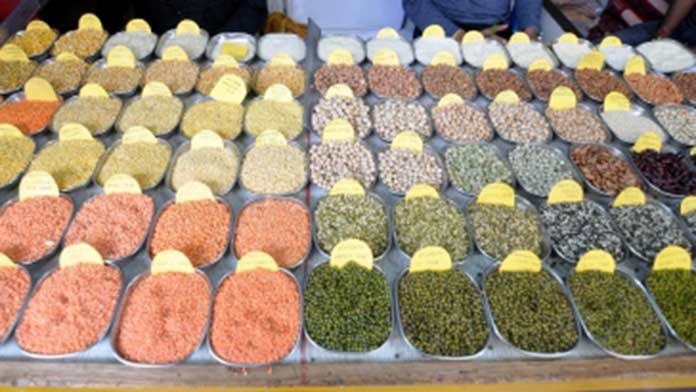 While Authorities are working in mission mode to increase millet production and consumption, exports data shows that exports of agricultural and food items, especially other cereals, continued to grow at a brisk pace.
In November this year, an increase of only 0.62 per cent was registered in the total export of commodities as compared to November last year, but there was a double digit increase in exports of almost all the items of agriculture and food items. A growth of 53.78 percent was registered in the export of various other types of cereals in the month.
The United Nations has declared 2023 as the International Year of Millets (IYOM) and this will give a boost to the export of coarse grains. According to the data of the Ministry of Commerce and Industry, in November, the export of tea, rice, various cereals, tobacco, oil meal, oilseeds, fruits and vegetables, various types of finished grains, and processed items increased in double digits as compared to November last year. On the other side, exports of cashew nuts and spices registered a decline.
“Due to the food crisis, foreign buyers are taking a lot of interest in Indian agriculture and food items. Buyers from more than 80 countries are coming this year to Indus Food, organised for export promotion of agricultural commodities,” Trade Promotion Council of India (TPCI) Chairman Mohit Singla said.
Agricultural exporters are expected to get huge orders worth $1 billion at the upcoming Indus Food Fair to be held in Hyderabad on January 7-8 and organised by TPCI. Keeping in view the interest of foreign buyers regarding millets, a separate millets pavilion is being set up at Indus Food. Increase in export of agricultural commodities in November this year as compared to November last year.
India is the major production country of millet in which kangni or foxtail millet, kutki or small millet, kodo, gangora or barnyard millet, brown top are included with jowar or sorghum, bajra or pearl millet, and ragi or finger millet. Most of the states in India grow one or more millet crop species. During the last 5 years, the country produced more than 13.71 to 18 million tonnes of millets with the highest production in 2020-21.
According to the fourth advance estimates for the year 2021-22, about 16 million tonnes millets have been produced in India, which is about 5 per cent of the national food grain basket. Bajra has the highest market share of 9.62 million tonnes, followed by jowar with a production of 4.23 million tonnes. Ragi is another important millet, with production of 1.70 million tonnes and the production of other millets is 0.37 million tonnes.

This Aussie team doesn’t carry baggage of past: Cummins

Hope fading as deaths in Turkey, Syria quake near 12k

Scrutiny of nominations and meetings for assembly elections