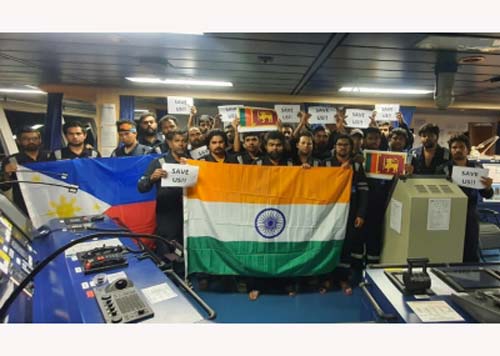 The families of three sailors from Tamil Nadu, who are among the 16 Indians onboard the Norwegian oil tanker MT Heroic Idun detained by the Nigerian government on charges of oil theft and other violations, are anxiously awaiting their return.

The three sailors are Prispan Xavier from Thoothukudi, Ramapuram Sukumaran Harsha from Ambur and Deepan Babu from Chennai.

According to sources, the crew was produced before a Nigerian court in Port Harcourt and the sailors pleaded not guilty and were sent back to the oil tanker.

Salo, wife of Prispan, told mediapersons on Wednesday that they are expecting an early release of the Indian sailors from the captivity of the Nigerian authorities. She said that the family was worried about the fate of Xavier and called upon the Indian authorities to secure the release of her husband.

Deepan’s wife Soumya said that her husband’s parents have not been informed about the incident.

Notably, an application has been filed in the International Tribunal for the Law of the Sea under Article 292 of the UN convention for the release of the ship and the 26 crew in the tanker including the 16 Indians on board.

Nigerian authorities have accused the crew of the ship of having made wrong and false charges that they were under attack from pirates.