Fate of Imran’s political future at stake in Toshakhana verdict 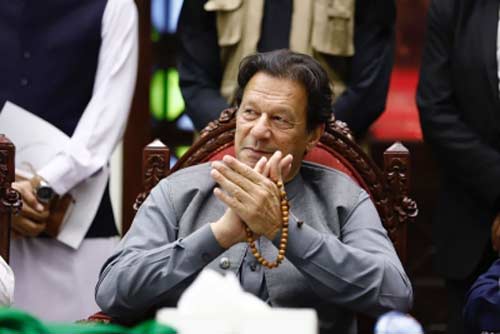 The Election Commission of Pakistan (ECP) is set to announce its verdict on Friday in the Toshakhana (gift depository) reference, seeking the disqualification of former Prime Minister Imran Khan.

The election supervisor has issued notices to all the parties for this purpose to be present at its secretariat in Islamabad either personally or through their lawyers, The Express Tribune reported.

The main question in the matter is whether a lawmaker could be disqualified on account of concealment of assets in his annual return.

The Commission also sought “foolproof security” from the district administration, asking it to deploy police inside and outside its premises for the full day to “avoid any untoward incident”.

The ECP had reserved the verdict in the case on September 19.

Toshakhana, a department under the administrative control of the Cabinet Division, stores precious gifts given to the head of states, MPs, bureaucrats and officials by heads of other governments, states and foreign dignitaries, The Express Tribune reported.

According to Toshakhana rules, gifts and other such material received by persons to whom these rules apply shall be reported to the Cabinet Division.

The reference had been moved by the Pakistan Democratic Movement against the PTI chief on August 4 for not “sharing the details” of the Toshakhana gifts and proceeds from their alleged sale.

Despite the Pakistan Information Commission (PIC) ordering it to do so, the PTI, while in government, had been reluctant to disclose the details of the gifts presented to Khan since he took office in 2018.

It claimed that it would jeopardise international relations.