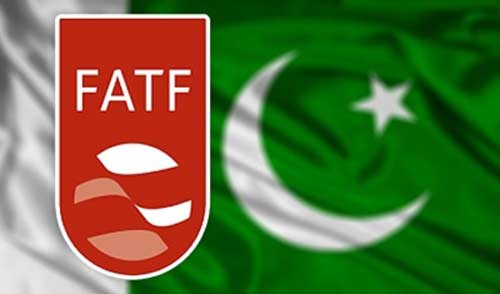 After more than four years, the Paris-based Financial Action Task Force (FATF) has removed Pakistan from its “grey list”. The multilateral watchdog while announcing its decision stated that Islamabad has taken many steps to combat terror financing and money laundering and it hopes that the country would continue its work to further improve systems.

“The reforms carried out by Islamabad were good for the security and stability of Pakistan and the region,” the FATF had said.

The FATF, which is commonly referred to as the world’s “terrorism financing watchdog”, works to ensure that the flow of money in the global financial system are not misused to fund terrorist activities.

After it removed Pakistan from its “grey list”, India reacted cautiously saying the country must continue to take credible action against terrorism.

The Ministry of External Affairs said: “It is in global interest that the world remains clear that Pakistan must continue to take credible, verifiable, irreversible and sustained action against terrorism and terrorist financing emanating from territories under its control.”

India’s cautious reaction to FATF’s decision to remove Pakistan from the “grey list” was on expected lines as New Delhi is aware of the fact that Pakistan cannot be relied upon.

After Pakistan was put into the “grey list”, terror attacks in Jammu and Kashmir witnessed a decline. J&K recorded five attacks on ‘hard targets’ — well-defended places like government offices, military and police camps — in 2014, eight attacks in 2015 and 15 in 2016. The number fell to eight in 2017 and declined further to three in 2018.

In 2019, there was a “very big aberration” in the form of the Pulwama attack, while in 2020, no hard target was attacked. In 2021, the attacks started increasing and the trend continues in 2022.

There was a decline in terror attacks from 2018 to 2021 as the FATF grey listing was one of the major reasons. The other factors which kept terrorists under check included counter-terrorism operations with detailed intelligence, the Balakot air strike which pushed the entire terrorist infrastructure to the side and reading down of Article 370 reduced tendencies of secessionism.

These reasons led to the decline in terror attacks. However, a large portion of the credit went to the FATF taking a tough stand.

In 2021, when the chances of (Pakistan’s) de-listing increased, there was a return of “cross-border terrorist infrastructure and attacks on Indian targets”.

According to the officials, in mid-2018 there were 600 terrorist bases across the border but the number went down 75 per cent during the FATF listing.

Two-three years ago, the flow of foreign terrorists into Kashmir was small, but now 60-70 per cent of terrorists are foreigners. Attacks on soft targets (such as migrant workers, religious minorities) have resumed which is a precursor to attacks on hard targets.

The use of drones to ferry Improvised Explosive Devices, small arms and drugs like heroin to finance the terrorist network are also on the rise.

New Delhi is aware of the fact that Islamabad cannot be trusted as it has always backstabbed India. Intelligence agencies have been continuously warning that terror infrastructure in Pakistan occupied Kashmir (PoK) is intact and the terrorists are waiting to infiltrate into this side.

Pakistan may go back to its old tricks

There is every possibility about Pakistan going back to its old tricks after its exit from the FATF “grey list”. Despite it figuring in the FATF list, Pakistan tried its best to keep the pot boiling in Jammu and Kashmir. Pakistan rulers are obsessed with Kashmir and are not ready to live in peace and harmony with India.

The international community has to maintain a vigil over the actions of Pakistan as one thing is for sure that it cannot be relied upon.

Inclusion of Pakistan into FATF list had forced Islamabad to take action against a few hardcore terrorists and rein in the terror groups operating from its soil. But these actions were taken to release the pressure which the world built on it. Now, that pressure has been taken off and it would be a no surprise if Pakistan once again activates the terrorists whom it has been grooming for the past so many decades.

Since August 5, 2019, when the Centre announced its decision to revoke J&K’s special status and divided it into two Union Territories, terror bosses sitting in Pakistan have been making desperate attempts to foment trouble in Jammu and Kashmir.

They have rechristened the terror groups to give the proxy war being fought by Pakistan in J&K for the past three decades an indigenous colour.

During the past three years, security forces have neutralized more than 500 terrorists in the Himalayan region. The security forces maintaining an upper hand against the terrorists has not allowed them to regroup and carryout any major strikes. The robust counter-infiltration grid along the Line of Control (LoC) has been instrumental in preventing the infiltration of terrorists from Pakistan occupied Kashmir (PoK) into this side.

After Pakistan was put in the FATF “grey list”, the country’s economy has been in doldrums as the foreign funds had stopped flowing into the country. Even the prices of essential commodities were touching the sky and inflation was at its peak. On many occasions people have taken to the streets against the failure of the government to control the soaring prices.

After being removed from the FATF “grey list” Pakistan will be able to get foreign funds to overcome its economic situation and make lives easier for its people. But if it keeps on focusing on how to groom terrorists and bleed India, then it can once again end up in trouble.

As on date Pakistan stands exposed before the international community and its actions are being monitored by every country. The rulers in Pakistan need to concentrate on rebuilding their country rather than harping about Kashmir.

Recent protests in Pakistan occupied Kashmir are a precursor of the events that could follow. The PoK people have been looking towards India and are mincing no words to send a message to the world that Islamabad treats PoK as its colony and a breeding ground for terrorism.

The Pakistani spy agency, ISI, has been aggressively and covertly making attempts to destabilize India. There have been many Pakistani sleeper cells active in India. PoK has been nothing more than a base for terror camps.

FATF removing Pakistan from “grey list” has provided a country with a chance to behave like a civilised nation and give up its obsession with terror and the terrorists. Now, the ball is in the court of Pakistan whether it wants to change or not.

The world is watching and so is India. The neighbouring country cannot afford any misadventure and if it tries to do so it could end up paying a heavier price than being in the FATF “grey list”.

Rupee rises 5 paise to close at 81.66 against US dollar