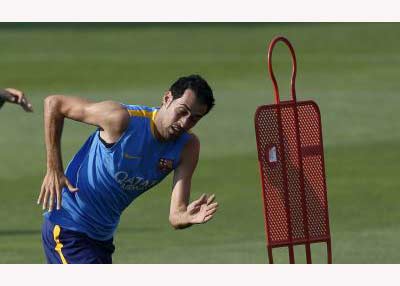 Spain’s veteran FC Barcelona midfielder Sergio Busquets is on the verge of his fourth World Cup, after 2010 where he helped Spain win their first title, 2014 and 2018.

Now he will once again be a key member of the Spanish midfield in Qatar, despite his age of 34.

“It’s been many years in the front line, enduring many things, both in the national team and in the club, passing continuous tests,” he said in an interview with Spanish ‘Panenka’ magazine.

He said Spain coach Luis Enrique has the full support of his players.

“Luis Enrique is the person most responsible for all the players in the squad. He is the one who works day by day, and knows all of them and what they can contribute. He is the one who prepares the matches and convinces us of the idea of game with facts and explanations. We are with him to the end,” commented Busquets.

The veteran will be accompanied by youngsters such as Barca teammates Gavi and Pedri, and Athletic Club Bilbao’s Nico Williams, reports Xinhua.

“There are many players who will have to reach a much higher degree of maturity, because they are very young. They still have a long way to go,” he commented.

When asked about who could be his long-term successor for Spain and Barcelona, Busquets admitted there were “fewer and fewer” players like him.

“Rodri (Hernandez) is similar to me and also (Real Sociedad’s Martin) Zubimendi,” he commented, adding that although Spain doesn’t have a standout player such as Lionel Messi, “what we must do is to base our strength on the collective, on putting qualities at the service of the group.”

Spain will kick off their World Cup campaign against Costa Rica on November 24.