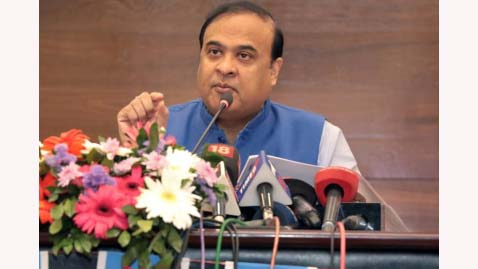 Reacting to violence that claimed six lives in a village along the Assam-Meghalaya border, Assam Chief Minister Himanta Biswa Sarma on Wednesday said that police could have shown more restraint before firing bullets to quell the mob.

“Tuesday’s incident has nothing to do with the Assam-Meghalaya border issue. It was a result of a fight between two parties. Some locals and forest guards engaged in fighting which ultimately led to the incident. The loss of six lives is really unfortunate,” he said.

Moreover, the police team could have shown more restraint, the chief minister added.

“It seemed to be a case of unprovoked firing. We have suspended a few police and forest department officials. The Superintendent of Police of the district concerned was transferred. A judicial inquiry has already been ordered. We would like to request an NIA or CBI probe into the incident,” he added.

Sarma also briefed about the incident to the mediapersons. He mentioned that few people in the forest area had cut timber and loaded them onto a truck. The forest guards tried to intercept the vehicle and opened fire on the truck and three persons were apprehended after a hot chase at the Mukroh village.

“Hearing a tumult, villagers came out in large numbers and when the police team reached the spot, a scuffle broke out between two parties,” Chief Minister added.

Sarma also mentioned that he has been in constant touch with his Meghalaya counterpart Conrad Sangma on the issue.