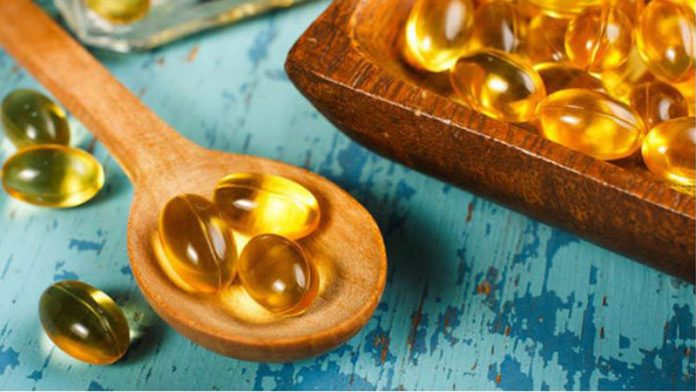 One of my staff, Anne D., came to my office to talk to me. I could tell right away she was upset. Her mother had recently suffered a severe stroke. Anne had been giving her mom omega-3 supplements for weeks. She knew that fatty acids fight brain inflammation and help protect memories.

It’s true that AF can increase your risk of stroke. So I understood why Anne’s family was worried after reading something like that. But as I told Anne, supplementing with omega-3 – specifically with high doses of the fatty acid DHA – provides the foundation for your brain to repair itself, whether it’s been damaged by a stroke, dementia, or aging. You see, our brains shrink by almost 1% each year. And we lose 500 million brain cells each year. Most of the loss is in the hippocampus, the region of the brain where we process memory, learning, and recognition. This is why we get “senior moments,” brain fog, age-related memory loss, confusion, and changes in mood.

As soon as it detects cell damage, DHA converts into a compound called neuroprotectin D1 (NPD1). This is one of the first lines of defense your body activates when brain cells are threatened.3

NPD1 increases the production and availability of a protein called iduna. This protein accelerates DNA repair and protects against programmed cell death.4 A second 2020 study by the same team of researchers found that using DHA after a stroke: 5

I told Anne I’d look into this study for her. Over the years, I’ve learned to never take the results of these studies at face value…

Here’s what just a few minutes of research found:

The articles Anne’s family read were based in part on a study published in The New England Journal of Medicine. And that study was funded by numerous Big Pharma companies.

Three of these pharmaceutical giants – AstraZeneca, GlaxoSmithKline, and Amarin – had their own prescription omega-3 drug. I wasn’t surprised by this brazen conflict of interest. The global pharmaceutical industry pays for the majority of clinical trials in the U.S. It can cost billions to produce a prescription drug or pill. And drug makers want to see a return on their investment.In this case, they supported a study that downplayed over-the-counter omega-3 supplements.

You see, the average cost of a high-quality omega-3 supplement is about $35 a bottle. Compare that to the retail price of Amarin’s fish oil drug, Vascepa, which is sold for $366. GlaxoSmithKline’s Lovaza version is about $200. It’s no wonder they don’t want you to supplement.

Get The Most Out Of Your Omega-3 Supplement

I told Anne that she should feel good about giving her mom omega-3 supplements. I gave her plenty of additional proof of its incredible brain protection.

However, I advised against fish oil. Most fish oil supplements come from polluted waters that contain chemicals like PCBs and heavy metals like mercury. This is worse than not taking a supplement in the first place. I recommend getting your DHA from krill and calamarine oils. Calamarine has one of the highest concentrations of DHA than any food. You need about 1,000 mg daily. Here are a few more tips to make sure you get the most benefit from your supplements…

1. Take it at the right time. Standard advice is to take your DHA first thing in the morning. I disagree. I suggest taking it with your meal that has the most amount of healthy fats. This increases absorption.

2. Store your soft gels in the freezer. By the time the supplement starts to break down and release its liquid, it’s further down in the gastrointestinal tract, which helps absorption.

3. Take your omega-3 with vitamin E. Taking vitamin E protects the oil from undergoing potentially damaging oxidation in the body.

4. Add some astaxanthin. Astaxanthin also helps the oils permeate your tissues where it’s needed, including crossing the blood-brain barrier where the DHA can benefit you. I recommend 10 to 12 mg per day, divided. For the full benefits, I suggest taking it with food.