Fix your companies, or Congress will: US Senator warns Musk 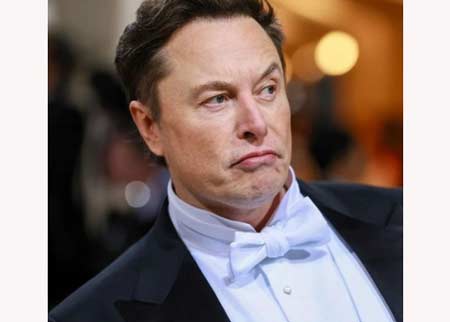 US Senator Ed Markey has warned Elon Musk for mocking him on Twitter, telling him to “fix your companies, or Congress will”.

“One of your companies is under an FTC consent decree. Auto safety watchdog NHTSA is investigating another for killing people. And you’re spending your time picking fights online. Fix your companies. Or Congress will,” the Democrat from Massachusetts tweeted.

On Sunday, Musk had mocked Markey after the latter wrote a letter to the new Twitter CEO, slamming him for launching the $8 Blue service with verification.

In his letter, the Democrat said: “A Washington Post reporter easily created a fake Twitter account in my name, and by paying $8 was also able to obtain Twitter’s blue checkmark, signifying that Twitter had ‘verified’ the account was indeed that of a sitting US Senator.”

Replying to the Senator, Musk said: “Perhaps it is because your real account sounds like a parody?”

About an hour later, the billionaire tweeted again, asking “And why does your pp (profile picture) have a mask?” in reference to the Senator’s Twitter profile photo, which shows him wearing a face covering.