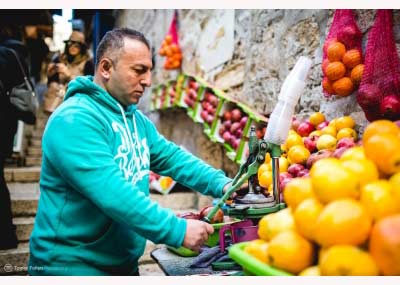 A national report on food waste published in Israel found that 2.6 million tonnes of food had been wasted in the country in 2021 at the cost of about 21.3 billion shekels ($6 billion) and enough to feed 3.5 million people.

The wasted food is equivalent to about 37 per cent of Israel’s annual food production by volume, showed the report, which was initiated by the Ministry of Environmental Protection and Israel-based food rescue organization Leket Israel, and written by accounting and consulting firm BDO Israel.

For a country of some 9.5 million population, this means the wasted amount could have fed about 3.5 million individuals for a year, Xinhua news agency quoted Leket Israel as saying.

Meanwhile, about 42 per cent, or 7.5 billion shekels worth of the wasted food, is salvageable and edible, the report explained.

Detailing the economic, social, and environmental benefits of saving food, the report said such an endeavour can save 5 billion shekels per year for the Israeli economy.

It thus recommended policy tools such as setting a national target of reducing food waste by 50 per cent by 2030, tax incentives, and mandatory food donations.

“Through a government-wide move, we can meet the challenge,” Environmental Protection Minister Tamar Zandberg was quoted as saying.

All people living in India are Hindus: RSS chief