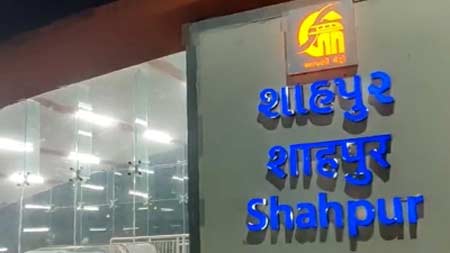 Unidentified bike-borne miscreants allegedly robbed two jewellery shop employees of gold ornaments worth Rs 2 crore when they were returning on their
two-wheeler to their showroom in West Ahmedabad after a business deal, police said on Tuesday.

According to police, when the two reached near Shahpur metro station, two bike-borne persons intercepted them and snatched the bag containing jewellery and decamped.

A manhunt has been launched and the city police are searching for the criminals based on CCTV footage and technical surveillance.

In his police complaint with the Madhavpura police station, Parag Shah — one of the two executives — stated, “I, along with my colleague Dharmesh Limbani, was carrying two bags full of gold ornaments. When we reached near Shahpur metro station, two bike-borne men came near us and snatched one of the bags and fled. As both were wearing helmets, it was difficult to identify.”

Soon after the incident, vigilance across the city was intensified with every vehicle checked thoroughly.

No arrests could be made till this morning, Madhavpura police station officer said.

SourceIANS
Previous article
Bihar govt to act against liquor operators outside the state also
Next article
Open Mopa Airport when work is complete, not to etch name of Chief Minister on stone: Goa Forward
Must Read