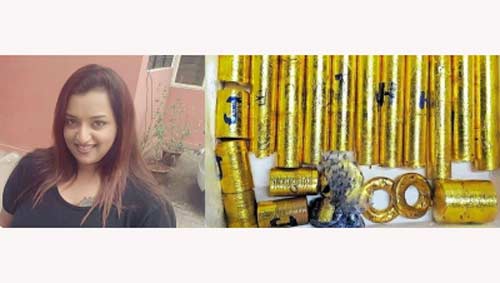 The Congress in Kerala on Saturday alleged that the ruling CPI-M government in the state and the BJP government at the Centre are hand in glove as they are against the Congress party and hence the accusations made by gold smuggling accused Swapna Suresh to the Enforcement Directorate are not being probed.

Speaking to the media, Leader of Opposition V.D. Satheesan said the Centre will not do anything against the CPI-M as the Congress will be the beneficiary.

“Just look at what happened in the apex court, when the SNC Lavalin case (in which Chief Minister Pinarayi Vijayan’s fate hangs in balance) was adjourned for the 33rd time. No case will be probed as if it’s done, the CPI-M will disintegrate. The Sangh parivar forces does not want the Congress to make any gains and hence the Centre will not take any action against the CPI-M. If it was any other state or Chief Minister, the Centre would have acted,” said Satheesan.

Satheesan said the accusation by Swapna against the top three CPI-M leaders of sexual misconduct has to be probed and a case against them has to be registered.

“She has also alleged serious things about Vijayan and his family also, so in all these things appropriate probes should be launched. An FIR should be initiated and a probe be ordered. Let those who have been named prove they are innocent and we have never said that they are accused. But since a lady has levelled the allegations, case should be registered and a probe be initiated,” said Satheesan.

Swapna’s latest “expose” came on Friday night when she spoke at length to a vernacular TV channel.